THE DOG, THE BELLED BONE AND A BIFTEC VS. RELIGIOSITY. BY FABIAN MASSA. 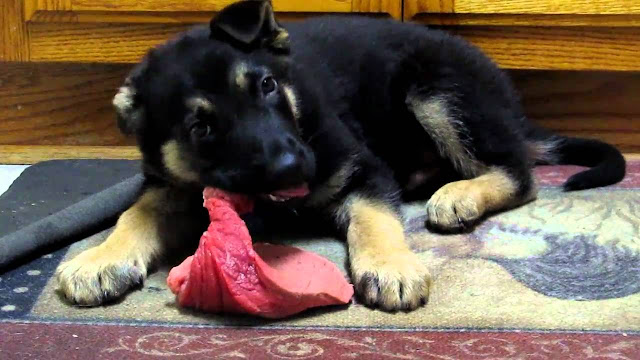 Chatting with a friend, writer and author of two good story books (a genre that is quite difficult to achieve) I wondered why sometimes I wrote the post in such a sour critical tone. I replied that it was because it had already been subtle and this had not had the expected effect, that is, that the Church realized that with its liturgy based on the theology of the U.A.D. (Non-biblical and full of Pentecostal folklore), had left Christ outside the Church, of which the Lord realized and was manifest when he said, referring to the Church of Laodicea (a figure of our contemporary "Church"):

"Behold, I stand at the door and knock; If anyone hears my voice and opens the door, I will come in to him and dine with him, and he with me. " Revelation 3:20 NKJV.


So leaving aside all subtlety, understanding that lost for lost message, I choose to write trying to produce a shock in the reader: Or reacts by beginning to consider Scripture in earnest; Or is still locked in the religiosity of which he is an active part.

Today, as for nearly 2,000 years, Christ is on the outside, hitting to let him in. The religious system of the Megas structures, the proverbial ignorance of the "People of God" partly because they do not give them "to eat Word" and more in depth, because they prefer "junk-pentecostal food" and not "Solid Food" The theological and profound study of Scripture, which explains much better the author of Hebrews:

11 On this subject we have much to say, although it is difficult to explain, because what you enter through one ear comes through the other.12 Actually, by now you should be teachers, and yet you need someone to teach you again The most elementary truths of the word of God. In other words, they need milk instead of solid food. 13 He who feeds on milk alone is inexperienced in the message of righteousness; It is like a child with a breast. 14 On the other hand, solid food is for adults, for those who have the ability to distinguish between good and bad, because they have exercised their faculty of spiritual perception. * Hebrews 5: 1-14 NIV [1] *

On this text I have already written many articles, as well as the need to overcome Hebrews 5 and pass to Hebrews 6, which is ultimately the passage from Eternal Immortality to Christian maturity.

My friend, well intentioned, shared an anecdote that he took from a book he liked very much and considered useful for cases like these: "If you see a hungry dog ​​that is nibbling a bare and dry bone and you want to take it out, More likely to bite you. But if you give him a good steak, he will surely leave the bone and eat the meat. "

I replied that it seemed to be that dogs are more logical at meal time, choosing the steak instead of the bone, while the Pentecostals prefer the dry bone of religiosity:

Cults and readings always "disconnected", following a random order, that is, without any order: Today a preaching of two verses taken from the context of Genesis and tomorrow another two verses also taken from context, but from Revelation.

Zero study of the contexts, not only biblical but historical, geographical, political, cultural, costumbrista, period, etc ...

Zero teachings of the different postures that can be when looking at a text, do not teach: "They indoctrinate", which is not the same.

The purpose is to only think what the "Anointed" wants and the perverse twisted system of the U.A.D., without leaving a millimeter.

Serial cults beginning and ending whole books.
Previous studies of the contexts mentioned above and how they are reflected in Scripture.

Study of the different positions and their philosophical explanation.
Manuals, comments, updated dictionaries, studies on the texts in their original language, different versions of the Bible with their respective eyes to the vision that each one represents.

The purpose is to teach to think the Scripture, so that each man and each woman can understand it by themselves and apply it to the family. If each family is converted, the sum of them will positively impact society.

Only those who can think (meditate) the Scripture can do as it says:

Blessed is the man
Who did not walk in the counsel of the wicked,
Nor was he in the way of sinners,
Nor sat in a chair of scorners,
2 but in the law of Jehovah is his delight
And in his Law he meditates day and night.
3 He shall be like a tree planted by streams of water,
Which gives its fruit in its time
And his leaf does not fall,
And whatever he does shall prosper. * Psalm 1.1-3 RV95 [2] *

Week 70 is about to start, leave that bone dry.

THE DOG, THE BELLED BONE AND A BIFTEC VS. RELIGIOSITY. BY FABIAN MASSA.
Church of Laodicea, U.A.D., Hebrews 5 and 6, Meditate The Word, U.A.D. 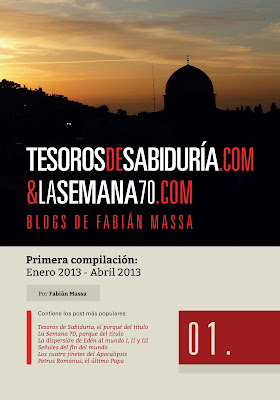 Church of Laodicea Hebrews 5 and 6 Meditate The Word U.A.D.