Ecumenism in January 2016, Highway to Hell. By Fabian Massa 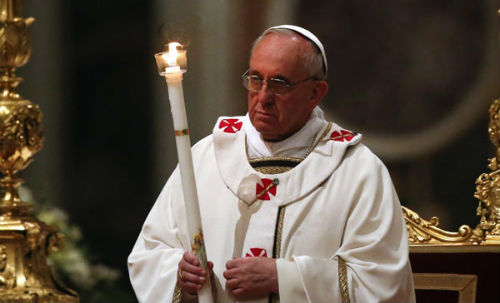 ROME On October 31, 1517, the German Augustinian monk Martin Luther (1483-1546) nailed to the door of the Wittenberg Palace church in Germany, his 95 theses against business abuse of indulgences in the Church Catholic, plunging it into a break with Rome and the Reformation.
Half a millennium later, in a historic gesture of reconciliation with Protestants, Pope Francisco travel to Sweden next October 31 to participate in the city of Lund, in southern Afghanistan, a joint commemoration of the start of the 500th anniversary of the Lutheran Reformation, the Vatican announced.

At the time, the Roman Church launched the Counter Reformation, which basically was to strengthen their anti-biblical position. And in that same position you are today, almost 500 years later.

The "Ecumenism" Francisco is that we discover the Truth that is nothing other than the Word, the Logos, the Divine Word, that is the Christ, the change back to the traditions of Rome. "Ecumenism" is proposed Francisco take Highway to Hell.

Week 70 is about to begin. At any time be made manifest that man of sin, are we ready?