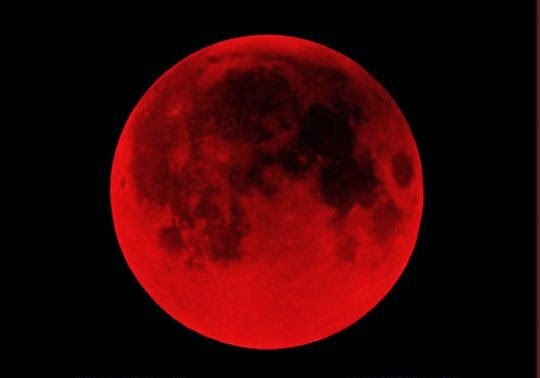 The sun shall be turned into darkness and the moon into blood prior to the day of the Lord, great and terrible day.

Moon eclipses always occur during a full moon (full moon). The total eclipse of the moon occurs when the Earth passes between it and the sun. Earth produces a long cone-shaped shadow, called "threshold". When the Moon is "hard" totally in that cone of shadow, the total eclipse.

The duration of the eclipse is about an hour and during the Moon is not completely invisible, but has a faint red light caused by sunlight scattered by our atmosphere. In ancient times this reddish glow of the moon eclipsed produced panic among those who watched, who believed it was a sign of future disasters. "Blood Moon" looks like in our day due to heavy pollution in our cities there (shades of eclipse are much clearer in clear places, deserts or oceans). 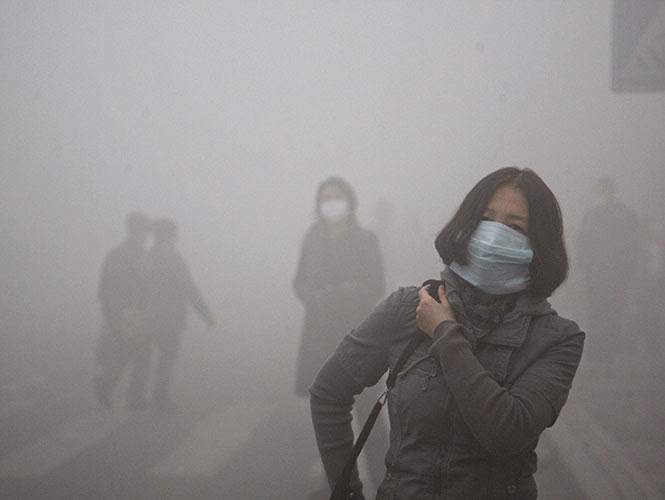 The wonderful thing about the prophecy of Joel (thought is prior to 586 BC), is that the Lord foresaw that today would be such contamination would see the Moon as "Blood [1]."

Already many prophecies have been fulfilled, are missing in the door. Week 70 is about to start, are we ready?