Study. Moses, Jules Verne, the Flood and the "Springs of the Abyss". By Fabian Massa. 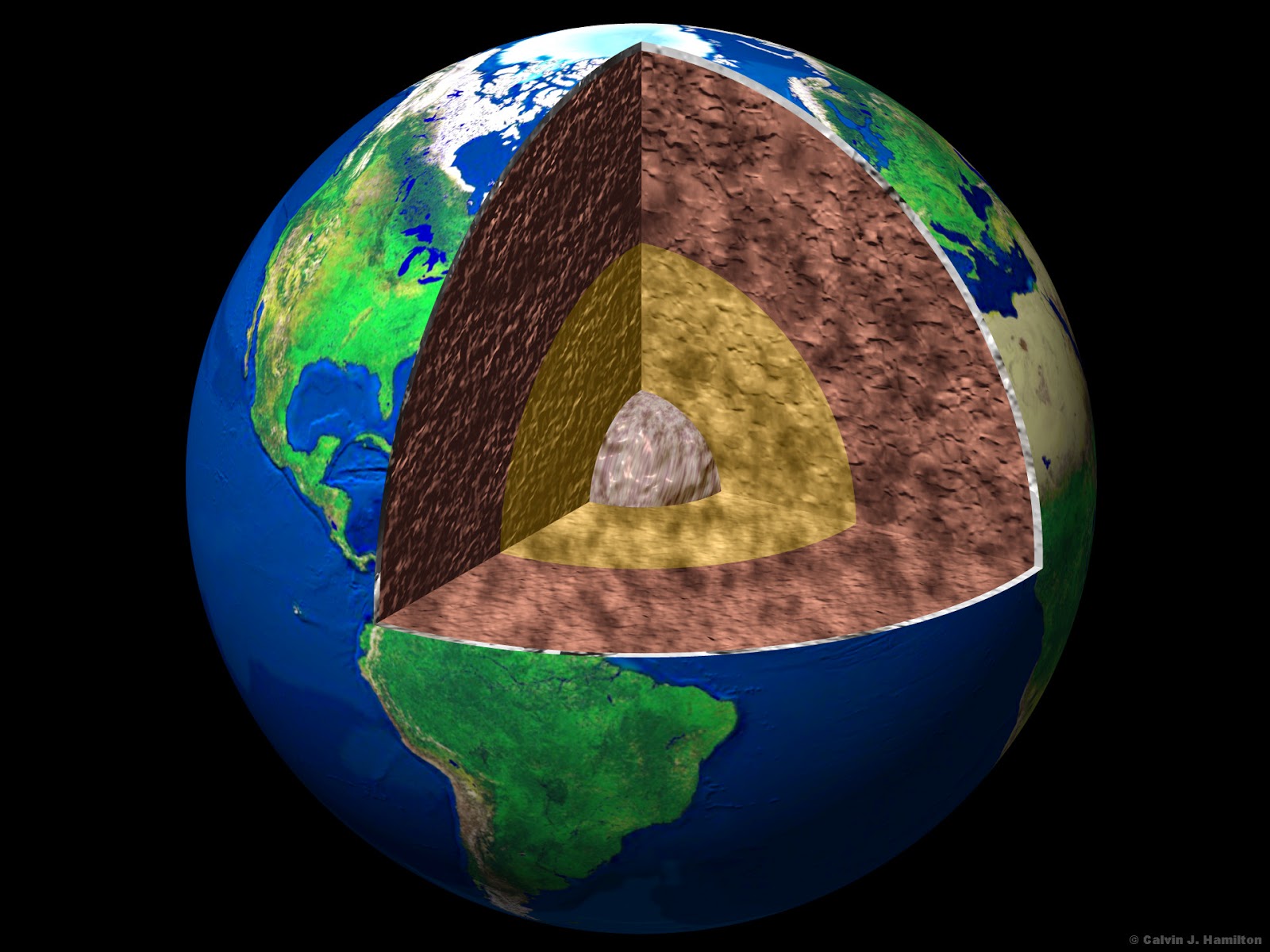 Treasures of Wisdom shares with us, "Moses, Jules Verne and The Sources of the Abyss".

The November 25, 1864 the novel "Journey to the Center of the Earth" by French writer Jules Verne (- Amiens Nantes February 1828 March 1905) was published. The book chronicles the adventures of a group of people who travel to the center of the planet, finding a great interior ocean.
Scientists investigating in the rivers of Mato Grosso, Brazil, led by Graham Pearson of the University of Alberta Canada, found a rare diamond of 90 mg (45 carats) of low commercial value, but very valuable for the information had in its composition [2].

Diamond Inside they found a very rare mineral, called ringwoodita [3] [4]. When researchers (along with an international team of scientists) analyzed the gem and found it contained equal to 1.5% by weight water.
Now a group of U.S. scientists calculated that the Earth's mantle can be up to three times the volume of water of the seas in the layers at a depth of between 410 and 660 kilometers, according to a study published in the journal Science.
The peculiarity is that it is not water in liquid or solid or vapor, family presentations, but molecular structures of rock formations, according to scholars, have a high capacity to absorb water.

The six hundredth year of Noah's life, in the second month, the seventeenth day of the month, the same day were all the fountains of the great deep, and the windows of heaven were opened.

Moses writes about the beginning of the Great Flood, the flood occurs for two reasons:

Commentators and scholars they concluded that the gushing water came out of the ground water table [5].

The discovery is important because it answers two basic questions that those who deny the Flood Universa:


The flood water came mostly terrestrial deposits ("Sources of the Abyss") and by God, then the water returned to these sources [6].

[2] http://www.muyinteresante.com.mx/naturaleza/698368/descubren-diamante-revela-agua-oceano-interior-tierra/
[3] The ringwoodita is the result of exposing the Olivine (a common neosilicato volcanic eruptions) to large pressures in the Earth's mantle between 400 and 650 km depth).
[4] Olivine is present in the composition of comets and also the result of volcanic activity earth materials, see http://www.tesorosdesabiduria.com/2013/02/el-chef.html; http://www.tesorosdesabiduria.com/2013/02/the-chef_21.html

Flood Journey to the Center of the Earth. Jules Verne Olivine ringwoodita Sources of the Abyss University of Alberta Canada