Reflection. The current lack of global leadership as a preliminary step to NWO. By Fabian Massa. 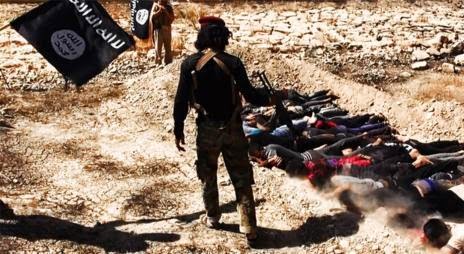 In the newspaper The Nation of June 15, 2014 was published a note [1] they did to Ian Bremmer [2], an expert in geopolitics and international politics. On that note, Bremmer says:
Jihadists advance toward Baghdad. In Syria, a dictator commits all kinds of atrocities to emerge unscathed from the Civil War. Ukraine plunged into a conflict that threatens Europe. The emerging world will protest protest. Climate change not find answers. Ian Bremmer has no doubts: "The current world order is pretty bleak."

EIIL's move is disturbing to everyone for being an ultra orthodox Islamic movement that wants to impose a caliphate with Baghdad as its capital.
Iran has said it will help Iraq (his old enemy) to collaborate with the U.S. (which for them was always the representation of "Evil"). U.S. that some time ago withdrew its troops from Iraq, now under orders from Barak Obama, sent to the Persian Gulf to the aircraft carrier "USS George HW Bush" along with a Cruiser and a Destroyer in support of Iraq. [6] NATO is also prepared to support Iraq, like Arabia.

ISIS seeks to impose on Iraq, Iran, Lebanon and Syria in the Islamic Caliphate, expect the Iraqi oil to finance and promote turn abundant funds international terrorism and the "Arab Spring" in Islamic states. One of the primary objectives once organized the Caliphate would wipe Israel off the map, to prune dominate all of Palestine. [7]

Ian Bremmer calls this special moment of lack of clear leadership World "G-0" which he considers very delicate and gives his reasons: "There are challenges that need support of a group of superpowers enough to face them. Without a coordinated global leadership is impossible to solve challenges such as climate change, rogue states, nuclear proliferation, or crises like Syria or Ukraine "[8].
The international scene, especially in the Middle East, it is becoming increasingly difficult. Just like that Jesus prophesied in Luke 21 (NIV):

10 »Nation will rise against nation, and kingdom against kingdom, he continued. 11 There will be great earthquakes, famines and pestilences in various places, and fearful events and great signs from heaven.

Nation against nation: We have only to read the newspaper every morning to see that this is being fulfilled.

12 "But before all this, they will lay hands on you and persecute you. They will deliver you to synagogues and prisons, and because of my name brought before kings and governors. 13 So you will have the opportunity to testify before them.

This is what will happen if ISIS has its way, they will persecute and murder in the name of Allah the moderate Islamic, Jews and Christians.

20 "But when you see Jerusalem surrounded by armies, then know that its desolation is near. 21 Then let those in Judea flee to the mountains, let those in the city get out, and let those in the country not enter the city. 22 this is the time of punishment in fulfillment of all that is written.

The Dream of Isis and all Islamic fundamentalists, is definitely recover Palestine, and this necessarily involves "Disappear map" to Israel.

25 'There will be signs in the sun, moon and stars. On the earth, nations will be in anguish and perplexity at the roaring and tossing of the sea. [9] 26 People will faint from terror, apprehensive of what is coming on the world, for the heavenly bodies will be shaken. 27 Then shall they see the Son of man coming in a cloud with power and great glory. 28 When these things begin to happen, stand up and raise your heads, because your redemption draws near.


Week 70 is about to begin, Chaos will increase and will become increasingly apparent lack of a World Leader, who will come with the panacea to curb hunger, violence and war, bringing the promise of "Peace and Security [10]. " The prophecy of the "Antichrist". Latest prophecies are being fulfilled before our eyes and leave posted on the Internet, so that all can see. Only Christ saves. Are we ready?

[1] http://www.lanacion.com.ar/1701422-ian-bremmer-el-nuevo-orden-mundial-es-bastante-desolador
[2] Ian Bremmer is president of Eurasia Group, the consulting world's largest political risk and geopolitical guru
[3] are 90% Sunni Islam, but Shias control power in Iran, Syria, Iraq and Lebanon
[4] The Shiites have a spiritual leader, Grand Ayatollah (a pope), but not the Sunnis (similar to Protestant Christians).
[5] EIIL Islamic State in Iraq and the Levant, also been as ISIS cone Islamic State in Iraq and Syria, are an evolution of the terrorist network Al Qaeda, http://elcomercio.pe/mundo/terrorismo/isis-grupo-mas-brutal-que-al-qaeda-que-desafia-iraq-noticia-1735610
[6] http://www.laopinion.com/noticias-estados-unidos/obama-envia-portaaviones-iraq
[7] http://www.elmundo.es/internacional/2014/06/15/539d9679ca474124648b4579.html