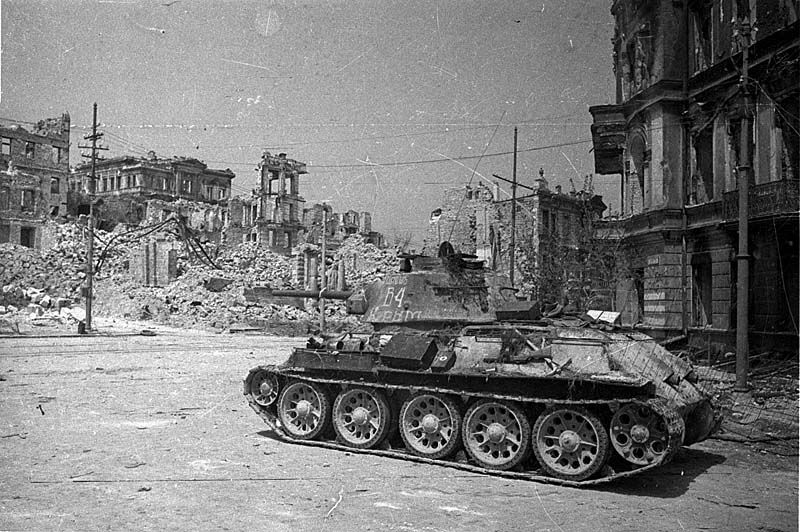 In 722 B.C. Sargon II of Assyria invaded the region of Canaan to subdue the kingdom of Israel, carrying the people of Israel (the Northern Kingdom) captive.

1 In the year that the commander sent by Sargon, king of Assyria, came to Ashdod, attacked and conquered the city. Is 20 NIV


From the city of Samaria was not anything: people, culture, memory. The cruelty of the Assyrians was documented in several documents of the time and also in the Bible.

About Assyria The Lord says:

5 «Woe to Assyria, the rod of my anger!
The stick of my anger is in your hand!
6 What shipping against a godless nation,
command against a people it infuriates me,
to plunder and strip,
to trample them down like mud in the streets.
7 But this is not what proposed Assyria;
Did not even think!
Only seeks to destroy
and annihilate many nations.


The Word clearly says that God used the Assyrian Empire as a judgment against the Northern Kingdom. But Sargon and his people were haughty, making great wickedness against the oppressed peoples.

Woe to the city bloodthirsty
full of lies,
insatiable in their prey,
clinging to the dam! Nahum 3.1, NIV.

All they know what happened to you,
hold your misfortune.
For who was not a victim
of your constant iniquity? Nahum 3.19B, NIV.


Also marched against the Kingdom of Judah, but the Lord did not allow the ravage. (See Isaiah chapters 36 and 37.)

In Isaiah 10.16 God anticipates 19 through the prophet that He Himself would avenge the wickedness of Assyrian

16 Therefore the Lord sent,
the LORD Almighty,
a devastating disease
upon his sturdy warriors.
Instead of honoring them, set them ablaze,
a fire like flame.
17 The light of Israel will become a fire;
the * Holy One a flame.
In one day devour its thorns
and consume his thorns.
18 destroy from end to end
the splendor of its forests and its gardens,
as sick riddled with plague.
19 So few trees remain in their forest
that a child may write them.

It was the capital of the Assyrian empire, near present-day Mosul in Iraq. Described in Jonah 3.3 it is named as "exceeding great city of three days' journey."
Its ruins lie on the eastern bank of the Tigris, over 50 kilometers, with an average width of 20 kilometers or more from the river to the eastern hills. At that time, Assyria was the first global empire and was characterized by its dominant military power. Its capital was the most heavily fortified city of its time and was considered impregnable. It is said that his wall was 30 meters high (about 10 stories) and 15 meters thick (like 8 cars next to each other), the height of the towers would have reached 60 meters. In front of the wall was a ditch about 45 meters long and 18 meters deep. There was an inner and an outer wall, the distance between the two was 612 meters. It means that the entire system of fortification was more than 600 meters wide. All this vast area is now a vast area of ​​ruins.
At 612. BC, the Babylonians and Medes ally again for the assault of the city. The siege lasted three months. The invading forces diverted the river Khosr and used force to end water to undermine the walls [1].

Summons the King of Nineveh to his chosen people,
that jostle career.
Was launched against the wall
to lift the barricade,
6 But the floodgates open rivers
and the palace collapses.
7 It's decided:
the city [to] be taken into exile.
Her maids moan like doves,
and beat their chests.
8 Nineveh is like a broken tank
whose waters spilled.
'Stop!' "Stop!" Shout,
but no one turns back.
9 Plunder the silver!
Plunder the gold!
The treasure is inexhaustible,
and abundance of wealth and precious objects.
10 Destruction, desolation, devastation!
The * faint hearts
trembling knees,
bodies quiver,
pale faces. Nahum 2.5 - 10, NIV.


The destruction was such that by the time the historian Herodotus, about 400 BC, Nineveh was a legend that would soon be forgotten. Just was rediscovered in the mid-nineteenth century, two mounds that had been ignored for centuries waiting to be discovered. So it was believed that Nineveh had been only a legend or a myth [2].

Since the coming to power of Adolf Hitler in 1939 focused on the "internal enemy" (One of the pillars of Nazi thinking was the destruction of the Communists and the Jews). So the persecuted and reduced to "nothing" in areas of "Concentration and Extermination". Hitler's Germany was a power, science, technology and defense industry mechanical and significantly exceeded the other nations.

Just as Isaiah 37:36 tells to Sennacherib and his country happened to Germany was destroyed by Allied bombing and then invaded the western front by the Americans. On the Eastern Front fared worse: The Russians invaded and had no compassion for anyone. Hitler and his closest committed suicide. The country was split in two by the cast down "the Berlin Wall". No stone was left unturned, literally.
Nahum 3 (New International Version) The whole chapter III speaks of the destruction of Nineveh, the capital of the empire in 612 Asisrio. C. by Neo-Babylonian Empire forces led by Nabopolassar. If you look at photos of Berlin [3] after the war, let us understand what kind of destruction meant the prophet. 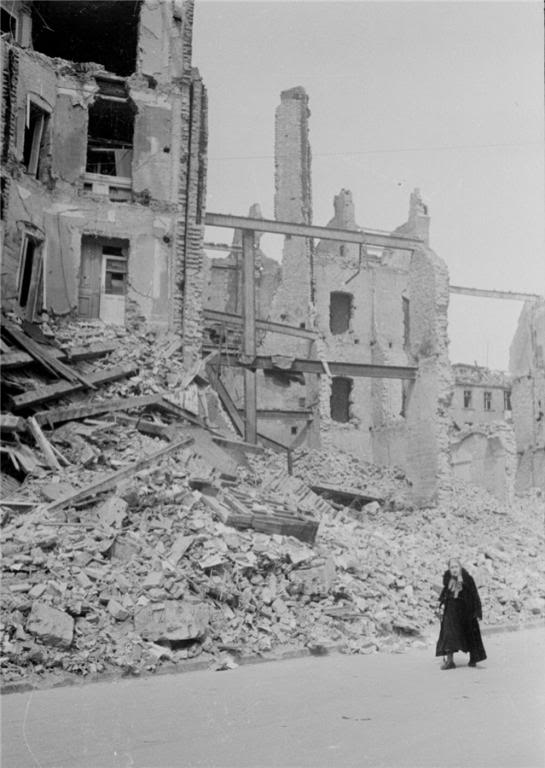 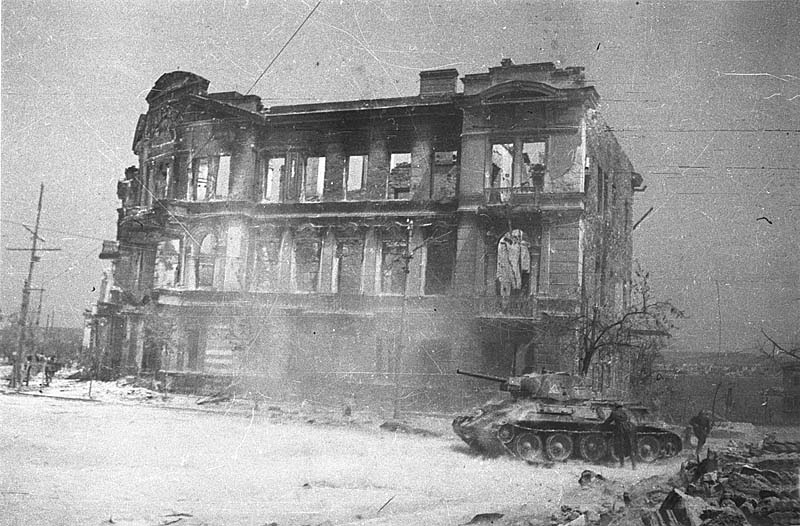 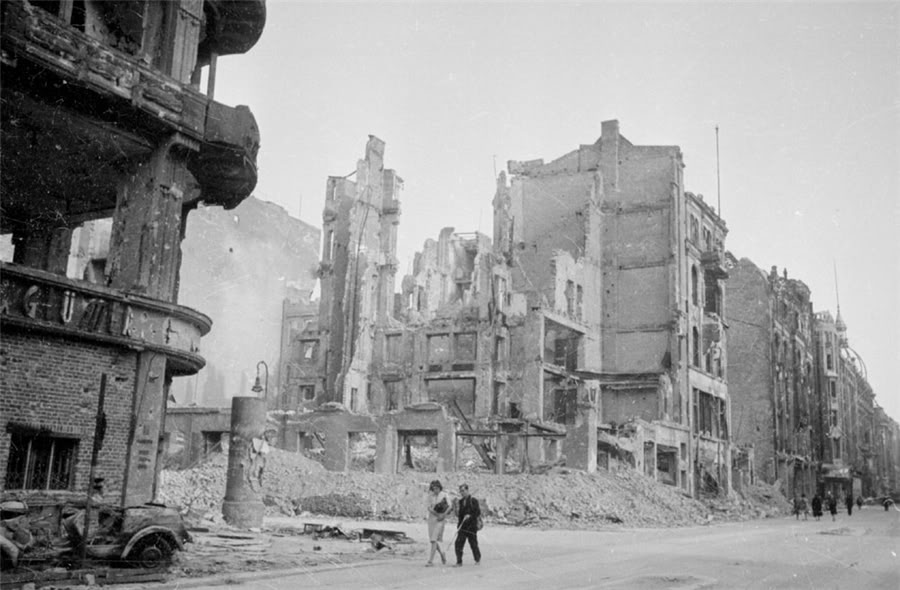 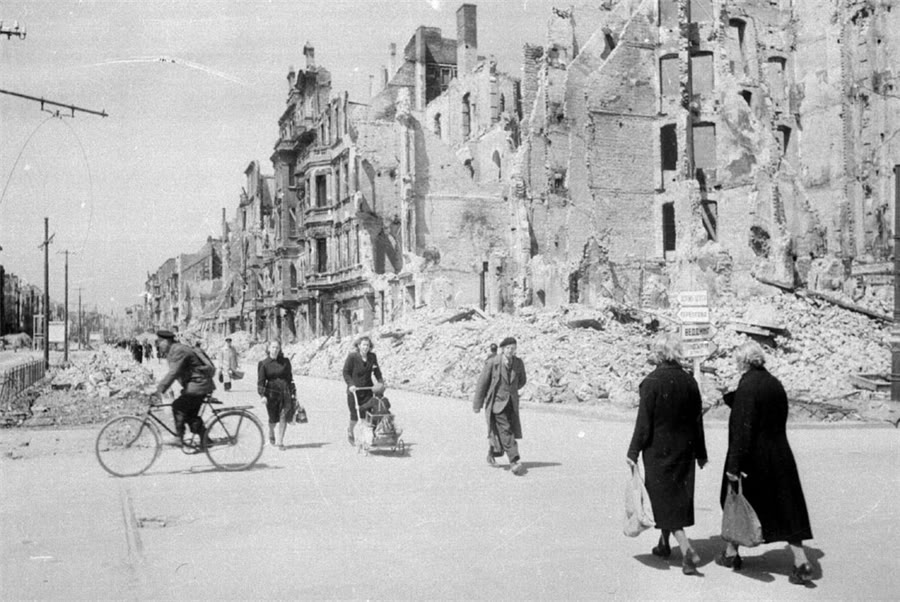 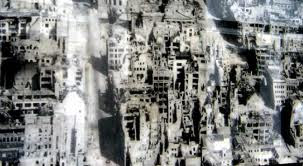 Prophecies are fulfilled, we need only look History. Also missing will be met. Week 70 is about to begin. Only Christ saves.