The Golan Heights is a plateau located on the border between Israel, Lebanon, Jordan and Syria of about 1,800 km ², of which about 1,200 km ² is occupied by Israel and claimed by Israel and Syria. Israel conquered this territory to Syria during the Six Day War (1967) and, again, in the Yom Kippur War (1973). The United Nations, through Resolution 242 of the UN Security Council adopted unanimously considered “occupied territory.” Israel, however, considers “disputed territory” and would accept retreat under a peace treaty. Since then, part of the Arab-Israeli conflict, crucial peace negotiations between Syria and Israel. Although not formally annexed, they have been integrated into the Israeli administrative system since 1981 [1]. 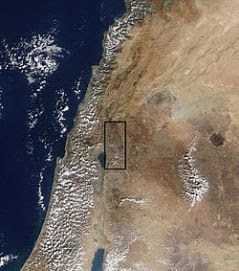 Location of the Golan Heights east of Lake Tiberias.

Israel maximizes tension with Syria.
After Israeli incursions into Syria, 3 and May 5 respectively, Israel has reinforced its positions on its northern border, with the possibility that the fall of the Assad regime is used by the insurgents to want to regain the Golan Heights (held by Israel since the Six-Day War, 1967).
Several elite units and recognition bodies have been moved to the border. Two anti-missile batteries have been deployed nearby. Last week the Israel Defense Forces held an emergency drill for which called for at least 10,000 reservists. Attacks directed against ground missile remittances sent by Iran to Lebanon, have increased tensions in this area to levels not seen since the war of Israel against Syria in 1973.
They live in the Israeli-occupied Golan, at least 18,000 Jewish settlers firing line if the Syrian conflict engulfing just Israel. One of the first settlements Kibbutz Merom Golan was founded in 1967 on the slopes of Mount Bental. 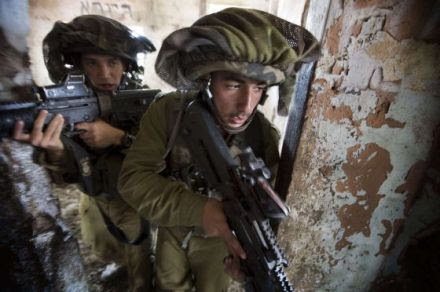