STUDY. The Battle of Armagedon (Megiddo) in the Valley of Decision. By Fabian Massa.

Translated from Spanish to English with Google Translator.

Nations armies (NATO?) Will focus on a strategic location, which was prophesied by Joel:
"In those days, at the appointed time, when I restore the fate of Judah and Jerusalem, 2 I will gather all nations and bring them down to the Valley of Jehoshaphat". Jo. 3.1 -2 NIV, 750 BCE?

The action prophesied by Joel will develop at some point after the restoration of Israel in its old place, ie after May 14, 1948.

The Lord has said:

9 Proclaim this among the nations: Prepare for battle! Mobilize the troops! Get ready to fight all the men of war! 10 forge swords to plowshares and pruning hooks into spears do. They say the coward: "I am a brave!" 11 Make haste, neighboring nations, gather in that place. Make down, Lord, with your brave!
12 «Mobilize nations rise to the Valley of Jehoshaphat, for there I will sit to judge all the neighboring villages.
Jo. 3.9 -11 NIV, 750 BCE? 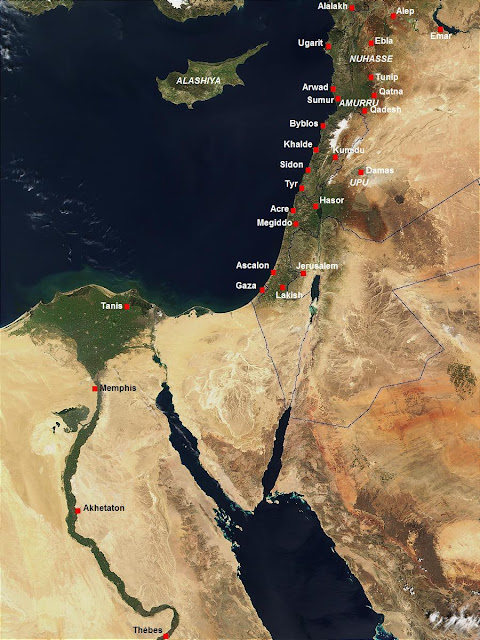 Once assembled there, the troops descend through the valley in the direction of Jerusalem:

20 Now when you see Jerusalem surrounded by armies, then know that its desolation is near. 21 Then let those in Judea flee to the mountains, let those in the city get out, and let those in the country not enter the city. 22 this is the time of punishment in fulfillment of all that is written. Luke 21.20-22 NIV. Year: c. 80 d. C.


Large signs will accompany these facts:
25 There will be signs in the sun, moon and stars. On the earth, nations will be in anguish and perplexity at the roaring and tossing of the sea [1]. 26 People will faint from terror, apprehensive of what is coming on the world, for the heavenly bodies will be shaken. Lk. 21.25 - 26 NIV.

In heaven and on earth will show wonders
blood and fire and pillars of smoke. 31 The sun shall be turned to darkness and the moon to blood before the coming of the day of the Lord, great and terrible day.
32 And everyone who calls on the name of the Lord will escape alive, for in mount Zion and in Jerusalem shall escape, as the Lord has said. Joel, 2.31 - 32 NIV.

At that time, when things come to a climax and the victory of the enemy seems imminent:

16 The Lord will roar from Zion and thunder from Jerusalem, and the earth and the sky will tremble. But the Lord will be a refuge for his people, a stronghold for the Israelites. Jo. 3.16 NIV.

The author of Revelation gives us more details on this point:

17 The seventh angel poured out his bowl into the air, and from the throne of the temple came a loud voice said, "No more!" 18 And there were flashes of lightning, rumblings, peals of thunder and a violent earthquake. Never since human gender * exists on earth, he had felt an earthquake as large and violent. 19 The great city (Rome) is split into three parts, and the cities of the nations collapsed. God remembered Babylon the Great and gave him to drink from the cup filled with the wine of the fury of his wrath. 20 And every island fled away and the mountains. 21 From heaven fell upon men huge hailstones, nearly forty kilos each. [A] And they cursed God for this terrible plague. Rev. 16.17 - 21. NIV. Year c. 100 d. C.

Ø Only the Holy Spirit of God can lead men separated by centuries, they lived in different places, with different cultures and languages ​​to write a story to happen in the future (getting closer!).

Ø Only the Holy Spirit can give insight to follow the thread of events in the Scriptures.

Ø Only the Holy Spirit can give you certain of what you just read God's prophecy.