North Korea orders his troops to prepare to attack the United States. [1]

Pyongyang conducts its objectives to U.S. bases on the continent and in the islands of Hawaii and Guam 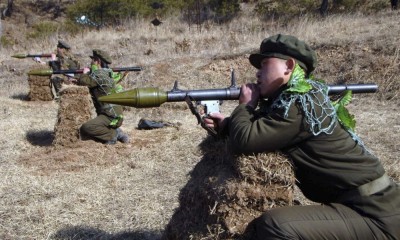 You will hear of wars and rumors of wars, but try not to panic. It is necessary that this will happen but not yet the end. Nation will rise against nation, and kingdom against kingdom. There will be famines and earthquakes in various places. All these are the beginning of sorrows. Prophecy of Jesus, Matthew 24.6 - 8.

That came another horse, bright red. The rider was given a large sword, was permitted to take peace on Earth and its inhabitants make qu kill each other. Prophecy of John, Revelation 6.4