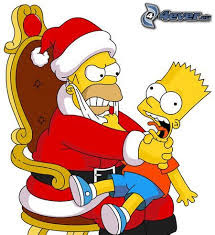 December arrives, and festive weather is already breathing ... the Christmas Tree, Santa Claus with his reindeer and New Year gifts, Kings and the respective presents. There are countries where a cult of the "Christmas Spirit" is done. But all this has nothing to do with Christmas or Christ. The "Christmas" is not a Christian holiday, but pagan and commercial.

In the post 1 "The Celtic Solstice Festivals - December 25, 2013"; 2 "Christians and Traditions - December 26, 2013" and 3 "Pagan Festivals in Solstice - December 15, 2013" I have already touched on the theme of the Christmas Tree and its Celtic-Druid origin, and how it replaced the Church of Rome the Bacchanalia and Saturnalia for Christmas as we know it.


To these studies we should add the theme of pyrotechnics, originally styled in Ancient China to scare the "Bad Spirits" and "The Bad Luck" and that today terrorizes our pets and the smallest. You have to add Santa Claus and / or Santa Claus, invented characters that have nothing to do with the birth of Christ and that only encourage children to buy toys, and that of merchants to sell them.

But the Scripture says nothing about celebrating Christmas ... In fact what Jesus left established is the celebration of the sacrament, as a reminder of the New Covenant in his Blood poured out for all those who are predestined, those who have believed and been born again ( Matthew 26:28, Mark 14:24 and Luke 22:20). According to this, what Jesus asked is that we remember the purpose of his Life and the reason for his Death: Our Salvation.

Take the sacrament, eat some bread and a glass of grape juice, without understanding what is being done, it's just that: a bite of bread and a drink of juice.
To take the Holy Supper is to live according to what Christ ordained, understanding and putting into practice His Word.

It is not so problematic that we celebrate Christmas on December 25, it would be a convention, (although it is known that Christ was born for Tabernacles, at the beginning of October) the really bad thing is that we do not put the right feeling, that we distort it to something totally carnal and commercial and that we leave Christ out of the "party".

Therefore, if you are "Christian", stop all these pagan things, stop practicing the silly things of the Arbolito, the lights, the pyrotechnics, the Bacchanalia (eating and drinking until bursting), the consumerism, the reindeer and the Santa Claus ... Stop singing "empty Christmas carols" if you have not been born yet, but ministers to your family ... leave all those nonsense and preach the Word in your home, teaching and living as God intended.

Week 70 is on the doorstep and still many are in the "Holy Nudity". Wake up the sleeper and also you who "Sleep" in the deceit of the False Religion disguised as "Christianity".