FRIENDSHIP WITH THE WORLD-SANTIAGO 4.1-10. BY FABIAN MASSA. 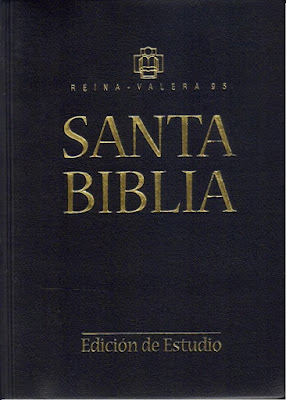 James speaks to his congregation, and confronts them with their reality, which was far from the Christian view of life. His parishioners walked according to the "Works of the Flesh" (Galatians 5: 16-21) as described in the first 3 verses:

1. The members were "passionate" ie, they were governed by their emotions and therefore had internal quarrels and quarrels, because of greed, envy. They did not ask the things of God, but they tried to achieve them in their forces.

2. And those who, if they asked God, received nothing because they asked to satisfy their most selfish and carnal desires, which is clearly defined when James says that they wanted the "things of the World", that is to say earthly and were not focused in what God says.
In verses 5 to 10, James points out the following:

5. They had received the Holy Spirit at the time of accepting the Lord or at His baptism, and with His works they were resisting Him.

6. God resists those who resist him (arrogant) and gives Grace to those who seek him

7. This verse gives a clue that to be put into action by the Church, would end with much "Evangelical Folklore" as the "Spiritual Warfare" and "Liberation" says: "7 Submit yourselves therefore to God; Resist the devil, and he will flee from you. To submit to God is: 1) to read his Word, 2) to seek to understand it (Holy Spirit through), that is, not to read it lightly, but to study it thoroughly and 3) to do it. Knowledge of the Word brings liberation (John 8: 31-32). Liberation from the Empire of Sin and Death, and only thus can Satan and his temptations be resisted, so he must flee from the true believers.

8. The verse is divided into two parts, where the second explains and reinforces the first: 8a Draw near to God, and he will draw near to you. 8b Explain that the way to approach God is through repentance (change) of the works of the flesh, Sinners, clean hands; and also of those who have an ambiguous practice of Scripture (out of ignorance) and you double-minded, purify your hearts.

9-10 In the last two verses James calls a true repentance and humiliation before God. 9 Grieve, weep and weep. Let your laughter be turned to weeping and your joy into sadness.10 Humble yourselves before the Lord and he will exalt you.

CONCLUSION: James speaks to the congregation facing the hard task of telling them that as Christians they were a jerk. An attitude that most pastors and believers of today identify with "Hard heart and lack of love, criticism and root of bitterness," but truth be told, the message of James seems made for the Church today. Regarding the "Ask but not receive", today it is common currency to see both pastors and parishioners * fasting for material goods * that give the "status of the blessed" or to have "The largest and most important congregation", to be the "More Anointed" etc ...

And finally, it is necessary to denounce the strategy of those who manipulate the revelation of Scripture for their own economic benefit, by not correctly teaching that it is to submit to the Word of God what brings liberation and not the "Declarations and Spells" of a "Super Anointed Minister of the Liberation", species of "Hand Santa Evangelical"

Week 70 is about to begin, and most of them still revolving in the Middle Ages, superstition, Gnostic Magic of the First Century and New Age disguised as "Pious Christianity" and Pastors without knowledge (with or without qualifying title) that they roam for life.

FRIENDSHIP WITH THE WORLD-SANTIAGO 4.1-10. BY FABIAN MASSA.