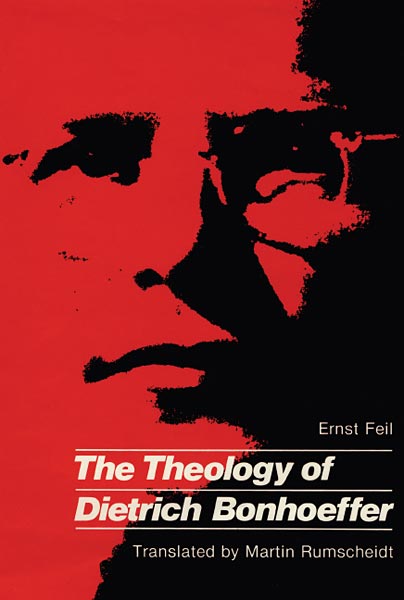 Notes of Contemporary Theology. By Fabian Massa, Theology in earnest.

Already in the beginning of his book Vida en comunidad, Dietrich Bonhoeffer anticipates that in his vision of the Church he should be governed by the warnings and rules of the Bible, and he cites Psalm 133: 1: "Look how good and delicious it is to dwell with the brothers together and in harmony".

He points out that Jesus Christ had to live in solitude "among his enemies" and that he was misunderstood and even abandoned by his most intimate circle, dying alone and an infamous death (which contrasts sharply with the exanty vision of the present Gospel). He then relates this fact by saying that the Christian should imitate the Master and live as a Christian in the World and not confined in the security and comfort of the four walls of the Church.

The author explains that the meeting between the Lord and the believers takes place with the sacrifice of Christ (John 11:52). The Father gathered the children of God (those who believed in His Name) who were dispersed, although in an eschatological glance, announces that the Great Meeting will be after the sounding of the Great Final Trumpet (Matthew 24.31) being the possibility of congregation today, an advance of the Grace of God, Bonhoeffer's entire vision is crossed by the permanent perception of Grace, that is why it says: "The grace of God is what allows a community to be able to congregate in this world in a visible way around of the Word of God and of the Sacraments".
In the midst of Nazi Germany in which he was immersed, and then imprisoned for opposing National Socialism, Bonhoeffer comments that grieving believers (the prisoners and the sick) and the dispersed (because of religious-political oppression and persecution [ 1] of the Third Reich), who alone proclaim the Gospel in "Pagan Lands." For Bonhoeffer, the Church must be a source of unparalleled joy and empowerment.

It gives great importance to the Communion between brothers, because it understands that in this communion the joy of praising and thanking the Creator (giving "Cult of God") is expressed. The persecuted, the dispersed people long for this possibility of meeting with their peers to share "something of God". The Church is then a gift, a manifestation of grace. In the midst of Nazi Germany, (at that time the Pagan Land of the Christianity of the German brothers and the Church of the Reich [2]), true Christians were hidden, persecuted and murdered, as happened to himself, who was one of those who preached in solitude. For him, Christian communion is only through Jesus Christ and in Jesus Christ. The Christian does not seek his salvation / justice / happiness in himself, but in Christ. All the condemnation described in The Word and all Justice described in The Word is fulfilled and fulfilled in Christ.

The Word of God, put by God himself in the mouths of men, to be transmitted by these men to others, says Bonhoeffer that for this reason the Christian needs the brother (ergo of the communion) to hear The Word of God. Bonhoeffer argues that it is only through Christ that a Christian can reach another Christian, since discord and disharmony prevail in men, but he is our peace, Jesus is the one who puts us at peace with the Father, our neighbor and ourselves . God himself became "flesh", man like us, empathizing to the extreme and making our limited nature his own.

God Himself taught us in the Passion of Christ brotherly love and all man's action in brotherly love, is a reflection of that demonstration of love of God. That is why he explains that two men can be brothers, only for what Jesus Christ did for them and in them. Bonhoeffer touches a point that today would be very frowned upon: He notes that one of the greatest dangers to the Church is the confusion between Christian brotherhood and the ideal of pious communion.

What would Bonhoeffer say about seeing many of the present congregations, full of people "better, lusted and holy than God himself? A little later, it says that the Christian Brotherhood is not an idealsino a divine reality ... and that neither is a psychic reality, but the Spirit. However today the psyche has dominated most of the Churches, in the hand of charismatic movements, especially Pentecostals and neo-Pentecostals, with the current "Motivational" and the preaching to encourage those who are fighting, against its spiritual limitations, but with a lean economy and anemic finances, putting in fashion the "Declare and Receive it" of the "Apostles of Prosperity"; the "Decrees" of the "False Prophets," who speak in the Name of God, but actually do it from their own heart (Ezekiel 13: 1-16) and none of their prophecies are fulfilled.

Bonhoeffer exhorts to live the real Church, and not engage in the persecution of an Ideal Church, since whoever does, will end up being a destructive rather than a constructive element.

The Gifts in the Church: It teaches that to receive the "Great Gifts" that God has reserved for us, we would have to start by thanking the little ones.

The pastor's complaint: The pastor, he explains, was put to build and not to accuse his own congregation and not to complain (either before men or God) who despairs for the congregation in the middle of which is, must first examine whether it has not been put there precisely so that its ideal is destroyed, and thus allow it to learn to love the real, to what there is, as the saying goes. However I understand this, Bonhoeffer certainly would not refer as a Christian Community to the German Brothers or the congregations of the Reich Church, because it is easy to identify these with the Soul Congregations, ie Non-Spiritual and subjected to the Special Man, in this case Adolf Hitler. The Christian community is founded on Jesus Christ, and so it is a spiritual and not a psychic reality. Bonhoeffer explains here what he defines psychic: What refers to the soul, the soul, and what comes from the natural instincts (the famous "Carnality") of the forces and dispositions of the human soul.


For Bonhoeffer, the Spiritual Community must be governed solely by the Word of God, distinguishes it from the Compendium of Souls, in which it co-manages the Word together with the man endowed with special forces (Today would be the "Anointed One" of jehovah), conditions suggestive-magical (will it refer prophetically to the present Servants, Apostles, Prophets?) where all the glory is taken by the Man of special Forces, who gives worship to the soul. Actually, I think that Dietrich was quite an advance like Tillich when he calls these characters "religious manipulators [3]".

In the Animic Communities, human ties, suggestions, servitude and submission to the Leader are common. Bonhoeffer explains that, just as there is a spiritual conversion in the spiritual Communities, there is a conversion of the Soul to the Anime, which is manifested in the appearance of an authentic conversion, where there was abuse (conscious or unconscious) of the supremacy of man .

The consequence of the above is that within the spiritual community, there will be love among the members for Christ's sake, whereas in the Animic Communities there will be love for the other for its own sake. He says: "The Love of Love turns itself into an end, into a work, into idolatry to those who profess that love (it reminds me of devotion and unconditional love for the Apostle) and ends up submitting in everything; but Spiritual Love, proceeds from Christ and serves Him alone. "

The spiritual believer does not love the brother because he is a brother or hates the enemy because he is an enemy, but loves his neighbor for Christ's sake, beyond being a friend or an enemy. During pages 28 to 31 the author develops the theme of Spiritual Love and its counterpart Amnimic Love, to finish at the point where it began, Psalm 133 that now has a deeper reading: Look how good and delicious it is to live the brothers together and in harmony, understanding to live in aromony in Christ, because He is our Peace and our harmony.

The III Reich was a resurgence of the Holy Roman Empire (800 AD), which in turn was a remnant of the Old Roman Empire of the West: The Empire of the West would cease to exist in 476 AD, falling under the domain of the Germans. But the Germans founded the Holy Roman Empire from 800, where the Latin title of Caesar passes to German as Kaiser, until the fall of its last metamorphosis, the III Reich of Adolf Hitler, in 1945. It seemed that it had died definitively, but it returned to resurge in the European Economic Union, which today occupies approximately the same territory of the Roman Empire of the West, to which it would have to be annexed the extensions fruit of the conquests in times past: England that colonized the USA, France that did the same with Canada, Spain with Latin America and Portugal with Brazil. Own study, published on May 10/2016.
Like the old Roman Empire, the Third Reich also made the State a Religion, and when the NWO resurface at the End of Time, there will also be a religious persecution on the part of the World State, personified in The Beast.

[2] SECTION I. 4. BIOGRAPHY KARL BARTH - Georges Casalis, The meaning of a life. Part 1. Barth and Nazism: 1933 Together with Thurneysen they publish the magazine "Today of Theology" where they criticize the "Deutsche Christen" ("German Christians"), the "Reich Church" which they had put into practice the "Aryan paragraph" (Arierparagraph), which would exclude all believers from Jewish ancestors.