THE SPRITS AND THE NORTH-SOUTH TECHNOLOGICAL-CULTURAL GAP. BY FABIAN MASSA. 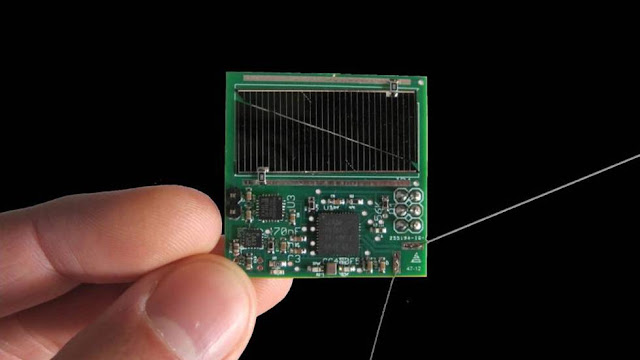 Last year, Stephen Hawking and millionaire and scientific patron Yuri Milner presented a project to reach Alfa Centauri, the three-star system of which it forms a part, with a space probe that would take only 20 years after the launch and could perform The first images of the exoplanet. A few weeks ago, the ships in charge of accomplishing this feat passed their first test in space.
*These are prototypes known as Sprites*, square chips of only 3.5 centimeters in side and about four grams in weight. This type of spacecraft is the next step in the miniaturization of probes and satellites and, according to some experts, are the most reasonable option to design missions capable of traveling the great distances that separate us from the stars closest to the solar system. The simple equipment mounted on the Sprites - a small solar panel, an antenna, a radio, a gyroscope and a magnetometer - worked well and could communicate with Earth. The devices will remain in orbit for two years. ** The Sprits will be powered from Earth by a powerful laser beam **.

Meanwhile, in the Southern Hemisphere, we are trying to achieve viable democracies, that everyone eats and the most important, that some more think.

Week70 is on the doorstep. The increase in the "crack" between rich and poor, will reach limits so great, that the movie "The Hunger Games" will seem only a musical comedy.

THE SPRITS AND THE NORTH-SOUTH TECHNOLOGICAL-CULTURAL GAP. BY FABIAN MASSA.


The TOMO 1 de TESOROSdeSABIDURIA.COM & LASEMANA70.COM  is available for purchase in e-book in Spanish in the following platforms