THE CULTURE OF INCULTURE. BY FABIAN MASSA. 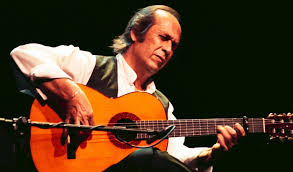 If someone sits listening to a guitarist for an hour, once a week for thirty years, will he learn to play the guitar without playing the guitar?

If someone sits watching for two hours a week Lionel Messi plays for ten years, will you learn to play football without touching a ball?

If someone watches open-heart surgery movies, two hours a week for 10 years, will they receive heart surgeons without ever attending classes?


Obviously the answer to all these questions is a resounding NO. In the same way you will not learn to know God only by hearing the revelations that another had when studying the Word. You will know God when you have a communion with Him through knowing His thought, which is expressed in His Word within the framework, the context in which it was given; That is, it is also necessary to know the context of the text.

Has a person been in the Presence, in the Spirit, in the Glory of God when he does not experience any change? Is it true that she is from Glory to Glory and Victoria to Victory when she still does not understand anything after thirty years of attending four or five "In the Spirit" meetings per week? Of course not.