KARL BARTH, "THE PLACE OF THEOLOGY". BY FABIAN MASSA. 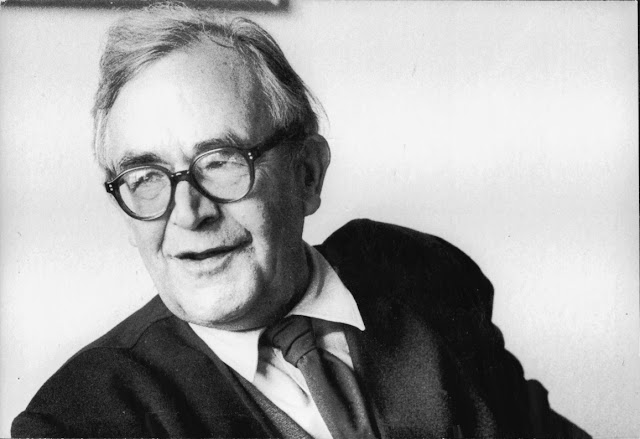 There are many gods and therefore many theologies, when the existence of God is denied, divinity is being transferred to Nature, Reason, Humanism, etc. ... That is why "atheistic philosophies" are, in short, "theologies" . Each one of them is considered the "owner of the truth". Evangelical Theology (T.E.) is the one that emerges from the N. T., rediscovered in the Reformation of the S. XVI.

Not all Protestant theology is evangelical, there are T.E. Both in the Roman and in the Eastern Orthodox. T.E. Seeks to understand and announce the God who is revealed in the Gospel.

A) God is above any theology, (theology is a study that man makes of God) The Lord is self-revealing and independent of man, who can not contain it. Every theology that boasts of itself and that encloses God within itself, is anthropological and has become an idolatry.

1) The human problematic, which is confronted by the self-revelation of God

3) With Reason, a tool that God gave us so we can understand things, including Theology. (Reason as a tool and not as a god in itself).

C) T.E. Recognizes God in the history of his acts. God is not an object, not an idea, principle, but it is he who reveals himself from the Beginning. The Task of T.E.es give an account of the history of God's self-revelation in a clear and conceptual way.

D) The God of the Gospel is merciful and is attached to the man who is his Creation, a God who is concerned with man, as a father of his son (Isaiah 57:15 NIV).

The God of the T.E. Is sublime in his humility. He is a God of help and salvation, a God of good news for man. Since the Middle Ages, Theology has been struggling to have its space within the university careers and achieved it by devoting itself to its specific purpose, the study of God and his relationship with man. THEOLOGY includes the concept of "logos," (word and also logical, can and should be reasoned) and the concept of Theos. Theology is a modest science, (to the extent that all its "lodge" is a human analogy and a human elucidation with respect to what God reveals) and free. T.E. Is based on The Word of God and its function is to confirm and announce it. The Word not only regulates theology, but the whole Life, is that which God has spoken through men (Hebrews 1: 1-4) and through it God made all things (John 1: 3) and the whole Universe is understood As His Work (Romans 1: 19-20). In his Word God reveals his work in his alliance with man as the Creator and reveals to man his character as son, servant, and friend when man comes to know and obey him (John 15: 14-15). T.E. Exists in service to the Covenant of peace and grace of God.

B) God makes a covenant with Israel (the one who fights against God) this covenant is the coexistence between God (who is faithful) and his people (unfaithful).

C) It is therefore an alliance that does not end up being realized by the "humanity" of the man, his perfection will be given in the New Covenant with Jesus Christ, God made man, therefore it says that Jesus Christ is the continuation of the history of God With Israel. Jesus Christ is the God of Israel who became flesh to reconcile all men to Himself. "Salvation comes from the Jews" (John 4:21). God's Covenant with men encompasses both the actions of God in the world. AT (God in the history of Israel) and N.T. (The story of Jesus Christ). The Logos is the Word of God that connects everything and the T.E. Must listen to all that He expresses, that is why Paul says "Logical worship" (Romans 12.1 "Rational").

THE WITNESSES OF THE WORD: They are those who by virtue of their particular historical situation and the call they have received by the Word itself (ie, without proper merit) to confirm it before other men: The biblical witnesses of Scripture John 1: 1) who have been called by the Logos himself, the Apostles. The prophets of the A.T. They were witnesses to God's work in the history of Israel, they also had received from God the call and the prophetic message that they were to give, God spoke through his prophets (Amos 3.7, Hebrews 1: 1). They all spoke of what God had told them (Jeremiah 1: 7). The T.E. Listen to the prophetic testimony of the OT because Novum testamentum in vetere latet, vetus in novo patet (The New Testament is hidden in the Old and the Old in the New) and also because they serve as an introduction to the NT (they serve as "Type" "Antitype"). The Bible should be read and studied complete, because the Sum of the Word is the Truth (Psalm 119: 160). The faithful Jesus Christ comes to replace the unfaithful Israel, to obey to the death, a Righteous One who pays for the unjust (all of us) and for His Justice, all who believe have been justified (1 Corinthians 15: 21-22). The story of Salvation in Jesus Christ of the New Testament was prophesied in the OT, which is why Witnesses constantly refer to it. The Canon of N.T. Is the collection of the testimonies of the history of Jesus Christ, written by his witnesses and accepted as unequivocal documents by the Primitive Church, to which the T.T coming from the Synagogue is added naturally.

EVANGELICAL THEOLOGY, PROPHECY AND APOSTOLATE: In the study of the whole Scripture, theology must be subject to the guidance of the Word of God. The relation of Theology to the Word is not comparable to that of the biblical testimony (it is not a direct witness), the T.E. Studies the sayings of the Witnesses. The present theologian may have better knowledge than the Witnesses, but not know more than they do the Word, because they had a privileged personal experience: "What has been from the beginning, what we have heard, what we have seen with our Our own eyes, what we have contemplated, what we have touched with our hands, this we announce to you concerning the Word that is life "1 John 1: 1. T.E. Must be subordinate to the Biblical Text, its main task is to know the God of the Gospel, from Scripture, because they bear witness to Him (John 5:39), its function is to study the Word within its broad context, Essence of your message. It must be in the midst of the Community of Saints, those who have believed in the Word of God and live according to it. The community that believes is called to proclaim the Gospel to those who do not yet know it. The Annunciation is done both with words and with deeds (testimony of life). The Community speaks of the problems of the World, should be turned in favor of the poor and orpimidos and this call to pray for the World.

THE WORK OF THE COMMUNITY also lies in the preaching and teaching of the Word of God. It is the duty of the Community to have a correct understanding of the Word that underlies its faith, which does not mean to say pious, enthusiastic, edifying or captivating, but rather to seek the interpretation that is most fitting to the Truth that God wants to transmit in His Message, Meditated in depth, if he has studied it within its broad and particular context and obviously communicates it with the same fear of God towards others.

THE FUNDAMENTAL PURPOSE OF THEOLOGY: To guide the Community to the correct interpretation of Scripture. The Community, in addition to preaching the Truth, must act in the face of political, social and cultural problems. Insofar as it has a responsibility to the question of truth, every Christian is called to be a theologian and above all those who are in leadership. It is a serious matter that many ministers do not deepen their theological studies (some have not even begun them) or that they conform to the theology learned in the Seminar; The theological study of the Word of God is a lifelong task, can there be anything more important than what God said?

THE THEOLOGY WOULD FAIL FOR ITS PURPOSE IF ONLY IT WAS SELECTED FROM A SELECT GROUP AND NOT THE WHOLE COMMUNITY (which is exactly what happens today). The task of Theology must be critical, submitting the proclamation of the Community to a constant revision in search of Truth, with the attitude fides quaerens intellectus (Faith in search of understanding) as opposed to Blind Faith scholasticism of the Middle Ages, and This same reason Theology must permanently question the "Traditions" not to fall into the Gospel Folklore so common in our days. It is also necessary to study the Apologies that the Old Ones made of Scripture. Theology should not appropriate any dogma [1] without first examining it and testing it with Scripture, the same for traditional symbolic formulations [2] (Orthodoxy). Theology must be avoided to become a New Dogma, for it is necessary to permanently go to Scripture. Theology is the knowledge of the Word of God proclaimed in his work, learned in Scripture that testifies to what God said.

THEOLOGY IN THE SPIRIT

All theological work must be promoted by the HOLY SPIRIT, so as not to fall into the failure to combat "Tradition and Folklore" by creating a new theologum [3], that is, a statement that seeks to secure The Truth only in an intellectual way. There being other spirits (that of man, the demons) which forces them to examine them all, in order to differentiate them; Only in the Spirit of God is there freedom (2 Corinthians 3:17). T.E. It must only move in the Spirit of the Lord, as pneumatic theology. T.E. Becomes the human logic of the divine Logos only by the action of the Holy E. Because the self-revelation of God comes by His Spirit: But God revealed them to us by the Spirit; For the Spirit searches all things, even the deep things of God. 1 Corinthians 2:10 RV60.

KARL BARTH, "THE PLACE OF THEOLOGY". BY FABIAN MASSA.

[1] Evangelical Folklore.
2 Ibid.
[3] It means first a theological proposition that can not immediately be considered as an official doctrine of the Church, as a dogmatic proposition that forces faith, but rather is first and foremost the result and expression of the effort to understand faith seeking connections Between the obligatory propositions of faith.