PASTORS SELLERS OF SMOKE - CONGREGATION OF INMATES. BY FABIAN MASSA. 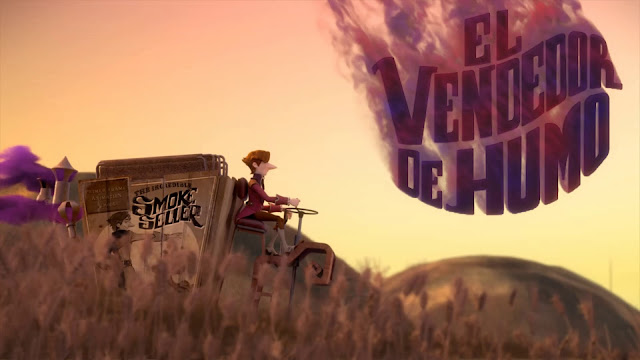 For those who read these post outside Argentina, I will explain that it is a "Smoke Salesman"

The Shepherd "Smoker" is one who flaunts knowledge, talents, spirituality, gifts and experiences that he can not prove. The "Sell Smoke" is constantly exposing its gifts, but never shows them.

Great "Anointed" who relate the miraculous miracles they made in the last campaign to the other side of the World, but that do not do any in the place where they are preaching.

I have the experience of having participated as an Immature Member in an Unconscious Congregation for years, watching the videos of the Mega Cults of the "Anointed One" abroad, where by their decrees the eyes of the blind were opened, the paralytics ran, the dumb They sang, the barren had quadruplets, and the dead were resurrected.


But at the end of the central aisle of that "Church" was for years a family with a quadriplegic daughter listening to the Hand of God move in response to the Pastor's Decrees of Power, and at the end of each worship, they would return to take their daughter Quadriplegic to his house ... as every Sunday. There were many of the own and closest collaborators of the "Apostle to the Nations" that in spite of having "Received the touch of the Servant" they died after a serious illness.

The "Anointed" Smoke Salesman "still plays the game he plays best and likes to: Receive the pitch (and tithes) of his congregation, who still calls them" Apostle "without realizing anything, idiots as they are .

Because for a spiritual delinquent of this caliber to succeed, it takes a lot of immatures that do not think.

Think of my dear ones, if it were true that the Apostle can by his "Unction" do everything he says, why he does not go to a hospital and heals everyone, the morgue and resurrects all, the poor countries and gives them To eat and thrive at all? If your Power Statements are so powerful that they can stop storms, what were you doing when the big cyclones killed people, or the tsunamis drowning entire cities?

If its Decrees and Reprimands against the Evil One were so effective, why is not the National State hired to combat Drug Trafficking, Trafficking in Persons and Organized Crime?

Wake up at once, those whom you call your "Spiritual Father" have only sold you an image of "Superman" that God has no choice but to obey.

Just to remove the doubt, take your "Anointed" to a hospital, or a poor neighborhood and ask him to release his Power Decrees and then count how many came true.

Week 70 is about to begin, it is time for you to be free from all spiritual blindness.