ENÛMA ELISH, INUMA ILU & THE EPILOGUE OF GILGAMESH. FROM EDEN TO THE NATIONS. BY FABIAN MASSA. 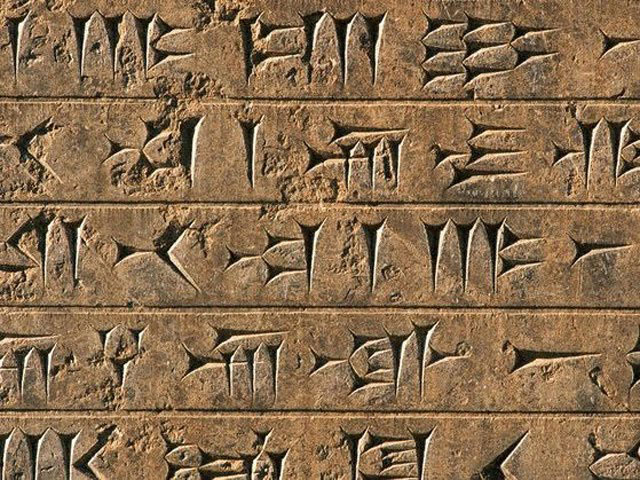 This post is an excerpt from the appendix to Chapter V of the book "DE EDÉN A LAS NACIONES". In addition to the information that the Bible gives us about pre-Flood humanity and its organization, there are extra biblical sources that we can consult, such as the accounts of creation in neighboring cultures. Among these sources we have:

It is a Babylonian poem that tells the origin of the world. Enûma Elish means in Akkadian "When on high," and these are the first two words of the poem (note that it is a feature of the ancient cultures of the Middle East to name the books by the first verse). It is collected on tablets found in the ruins of the library of Asurbanipal (669-627 BC) in Nineveh. It was discovered in 1849 by Austin Henry Layard, collector of the British Museum. Asurbapanibal had ordered the copy of this poem for the Assyrian imperial library. It is written in Akkadian and cuneiform script on a table of cooked clay of 75 cm of height [2].

Archaeologists have discovered in several Mesopotamian sites and in Syria and Palestine copies of the Inuma Ilu myth. It was written on clay tablets and is now stored in the British Museum, the Istanbul Archaeological Museum (Turkey) and the Museum of Art and History of Geneva (Switzerland)

In 3,000 BC This king ruled the Mesopotamian city of Uruk. Soon he became a hero and a god, and his deeds made him the protagonist of the first epic of history, centered on his desperate quest for immortality. In it, for the first time, the theme of the universal deluge appears [5]. Austin Henry Layard found in Nineveh (present-day Iraq) several tablets of cooked clay, about 15 cm high written in acadian language engraved in cuneiform script. Each of them had approximately three hundred lines. The account of Gilgamesh occupies between ten and twelve tablets and had to be composed during the time of the Old Bronze (3000 to 2000 a.C.).