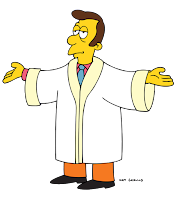 Recently little while .... in a very, very near city .... there was a small church led by a pastor named Feelings, honest man and a good heart.

The Feelings Pentecostal Pastor is 100% and therefore staunch advocate of the value of music in worship, while 70% spent two hours Sunday service (about 90 minutes) so that the Congregation is ministered by Praise (we must recognize that the church band sounds great). The remaining 30% is spent on past commercials, raising the offerings and tithes, corporate prayer to bless the congregation and give the message of the day; all in about 35 minutes.
One day they came to the Congregation Chest Cold brothers, they had a new look and ideas to improve education, were willing to collaborate with the Pastor Feelings in the areas where they had prepared for more than 10 years. Chest Cold saw the brothers welcomed the congregation perceived that Church had reached a specific purpose.

At first the Pastor Feelings strike up a good relationship with the brothers Chest coud and opened his heart, said he saw with concern that the Congregation not grow, even though he made a great effort to make it happen. The brothers listened attentively, analyzed the methods of ministry of Pastor and gave his diagnosis: The Church did not grow because the weight of the ministry was put on the music and the feelings, the solution was to put the emphasis on Scripture and teaching texts and especially in the matter of understanding them. They explained to Pastor they were hopeful of being able to serve the Church in this area, and that this had been building the last 10 years: Teaching.

Feelings Pastor analysis perceived as a negative review, and froze all possibility of participation of Chest Cold brothers.

Time passed and the brothers Chest Cold cults witnessed the remaining very quiet, stoically enduring 90 minutes of music, waiting for the time came to hear the message, which was what most interested them.

But one Sunday, Pastor Feelings feelings overflowed from the pulpit and called the brothers Chest Cold: "Chest Cold", a term that in football are given to people who do not have or does not express feelings. And so it was that opportunities were lost:

For the brothers Chest Cold able to give what they had received from God and instructed the men who over the last 10 years. So I went off in search of a place to be useful.
For Pastor Feelings have two qualified to help in the construction workers.

And red bunting this story is over.