Reflection. Assume the failure to achieve success. By Fabian Massa. 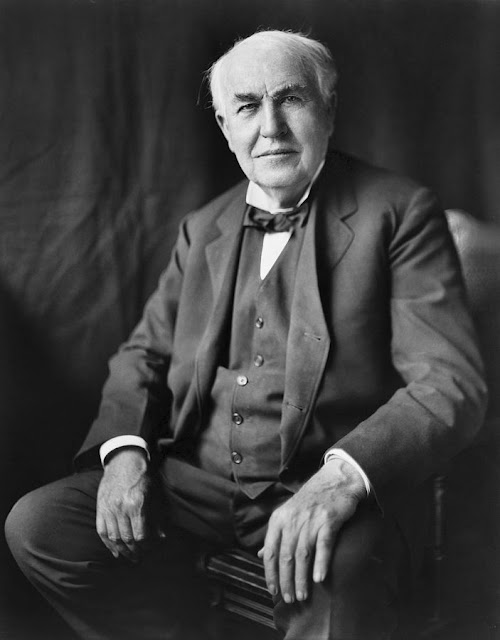 One of the greatest fears of facing the human being is to fail. The failure causes frustration, pain, loss, anxiety. Maybe so bad feeling with the failure is because we have a melodramatic concept of it: The terminal and failure as definitive.
However, if we deem it as a test as a failure of the methods or sequence thereof and were to analyze every step to improve or correct, then each failure would lead us closer to success.


That was the concept that applied Thomas Alva Edison, who spent 999 attempts before achieving the electric light bulb. Edison took every failure as part of a learning process that would lead to success, he used to say: "I failed, I just found 999 ways how not to make a light bulb."
Edison did not give permission for his light bulb came, after all it was just one thing, he persevered and prospered. Is not it more important to your marriage / family / career / her health, the bulb? It is, without doubt: Do not give up, analyze it can improve and do it. If you do not know you can do, ask God and He will give out in His Word. Seek help, see the counselor or pastor of his church.

Now what if you pass. It is the Pastor of the Church and members are mired in failure?

Whole congregations trapped in Hebrews 5, without a view to entering Hebrews 6 even in the next 2,000 years?

Gralmente. this type of gridlock on families of the congregation (and even in the same Pastors) tremendous failures: With children, marriage, interpersonal relationships. Because? Simply because they can not understand Scripture and less doer:

11 On this topic we have much to say though is hard to explain because you what goes in one ear you met them on the other. 12 Actually, at this point ought to be teachers, yet you need someone to teach you the elementary truths of God's word. In other words, they need milk instead of solid food. 13 Whoever eats only milk is unskilled in the word of righteousness; It's like a baby. 14 But solid food is for the mature, for those who have the ability to distinguish between right and wrong, because they have exercised their power of spiritual perception.
Hebrews 5.11-14 New International Version (NIV).

You need to review their methods of learning / Christian teaching, liturgy: Throughout the book of Hebrews the author did not interrupt instruction to start doing a rap a chorus or to hip hop. There were 13 chapters of hard teaching, many Bible, a lot of reading, a lot of Word.
If you are most abundant in Christian practice songs and little Bible, surely it has much to do with his lack of success in life.
You should review its scale of values, to determine which is more important / weight in their personal worship (or if Church Minister), notice how much time you spend on each activity.

If you have the following relationship:

Music: 2hs for worship
Study / teaching of the Word: 25 minutes

Clearly, if the ratio is above you. You're putting music in 1st place and 2nd Word. Note that Word is what changes lives, as is Jesus taught:

31 So Jesus said to the Jews who had believed him, and said:
If faithful to my teachings are kept, you are really my disciples; 32 and know the truth, and the truth shall make you free.


Week 70 is about to begin, it is time to return to lay eyes on Jesus, the Logos (Word) of God.

IMAGE: "Thomas Edison2" Louis Bachrach, Bachrach Studios, restored by Michel Vuijlsteke - This image is available in the Prints and Photographs Division of the Library of Congress of the United States under the digital code cph.3c05139. Licensed under the public domain via Wikimedia Commons - https://commons.wikimedia.org/wiki/File:Thomas_Edison2.jpg#/media/File:Thomas_Edison2.jpg