+ Study. The need to study various versions of the Bible. By Fabian Massa. 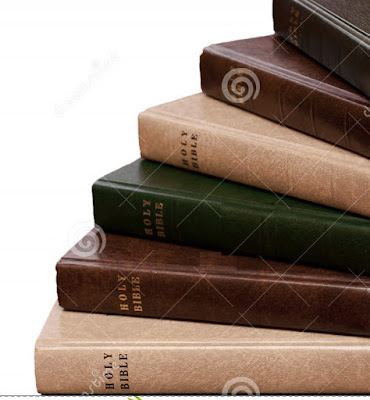 Why study with several translations of the Bible? Is a question that many do not even do, especially in Latin America where the preferred (in many denominations is the only accepted) is the RV60 (Reina Valera 1960 edition).

It's some pastors, in an exaggerated exercise of authority (ie authoritarianism) to prohibit his congregation read other versions, as if it were a work of the devil himself, knowing that the apostles used a Greek version (LXX) in the Early Church .
I agree that the RV60 is a beautiful version, which respects much vocabulary and has a very poetic format, in fact it is one of my favorites. But at the time to study Scripture, we do not have the necessary training to read it in the original languages ​​in which it was written (Hebrew and Greek classics plus some parts in Aramaic) we need to work with multiple versions and support of good dictionaries languages.

Just to give an example of the importance of reading and study look at the following passage in Hebrews:

6 And again, when he brings the firstborn into the world he says, "worship him all the angels of God." Hebrews 1.6 RV60
Footnotes, some publishers put the consistency of this verse, Deuteronomy 32.43 Text Greek, LXX and Qumran.

If we go to the match in the RV60 which has the text of the Hebrew Bible will read:

43 "Rejoice, nations, with God's people; he will avenge the blood of his servants. Yes! God will take revenge on his enemies and make atonement for his land and his people. "Deuteronomy 32.43 RV60

We see that clearly do not match the texts, and it happens because the agreement is to Deuteronomy 32.43 Greek text, since the Christians of the early Church used the Septuagint or LXX Bible in the Greek reads:

"Rejoice with him, O heavens;
and worship him all the angels of God. [a]
Rejoice with his people, O Gentiles,
and that all the angels are strengthened in it. [b]
For he will avenge the blood of his children, [c]
vengeance against his enemies.
It will give their due to those who hate [d]
and cleanse the land of his people. "

43.¡Cielos, exult with him, and the children of God worship him! Rejoice, nations, with his people, and all the messengers of God narrate your strength! For he will avenge the blood of his servants, he will take vengeance on his adversaries, give your payment to hate him and purify the soil of his people.
http://www.bibliacatolica.com.br/la-biblia-de-jerusalen/deuteronomio/32/

Jesus said, "You shall know the truth and the truth will set you free". The Church needs to know the truth of all things related to the word, to be finally free of religiosity, designations and authoritarianism and mediocrity arising from denominational separation. As Paul asked in 1 Corinthians: "Did Christ is divided." (1 Corinthians 1:13).