Reflection. Religion false and useless, on Jeremiah 7.2-11. By Fabian Massa 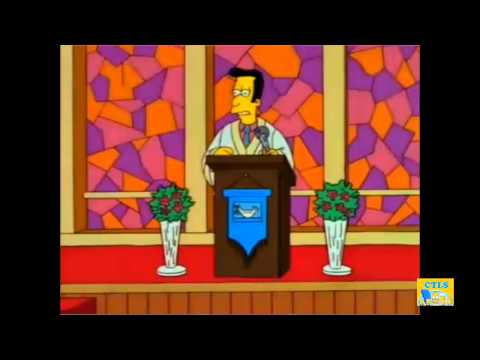 In Chapter 7 of the book of Jeremiah, God tells the prophet:

2 "Stand in the doorway of the house of the Lord, and from there proclaim this message: Hear the word of the Lord, all you people of Judah who come through these gates to worship the Lord! 3 Thus saith the Lord Almighty, the God of Israel:"Amend your ways and your doings, and I will dwell in this country. 4 Do not trust in these deceptive words that repeat: 'This is the temple of the Lord, the temple of the Lord, the temple of the Lord!' 5 If you truly amend your ways and your doings, if you truly practice justice one with another, 6 if not oppress the stranger, the orphan and the widow, if you do not shed innocent blood in this place, or follow other gods to your own harm, 7 then leave you to live in this country, in the land I gave their ancestors forever.8 "'But you trust in deceptive words that have no validity! September steal, kill, commit adultery, swear falsely, burn incense to Baal, follow other gods who never knew 10 and come and stand before me in this house which bears my name, and say, 'We're safe' and then continue committing these abominations! 11 Do they believe that this house which bears my name, become a den of thieves? But I myself have seen! declares the Lord -. Jeremiah 7.2-11 NIV

The time of the story is about years before the destruction of Jerusalem by the troops of Nebuchadnezzar in 586 BC God speaks to the inhabitants of the city who had fallen into a decline ranging from the spiritual to touch all aspects of the life of the nation. Is there any difference between the situation exposes the Word and what we see today?


It is necessary that we get to see that religion is a cancer that begins to rot the spirit of man and then expands into everything man touches, no matter what sign is religiosity: No matter if it is Orthodox, Catholic, Protestant orthodox or liberal Protestant religiosity cancels salvation that is in Christ, that convinces the man to do what is contrary to the Word of God to do what you want in your own lust.

Those who attend his church, (whatever: Orthodox, Catholic, Protestant or Orthodox liberal Protestant, evangelical pentecostal, neo) and comply with all the rituals giving an appearance of piety, but in your life everyday actions They are: "9 steal, kill, commit adultery, swear falsely, burn incense to Baal (the images and statues), follow other gods (mortal men and women who have deified) who never knew 10 and come and present before me in this house that bears my name, and say, 'We're safe' and then go on committing all these abominations!

Wake up, become Christ alone will save them from the wrath to come !! Stop twisting the Word of God to say what He said.

Only by being inside a church (whatever) and perform religious rituals will not be saved. Week 70 is about to begin, only the Church of Christ, one that saves and keeps His Word is the one that will be saved on the Day of Wrath.