Reflection. Plato, The Matrix and Appellations. By Fabian Massa. 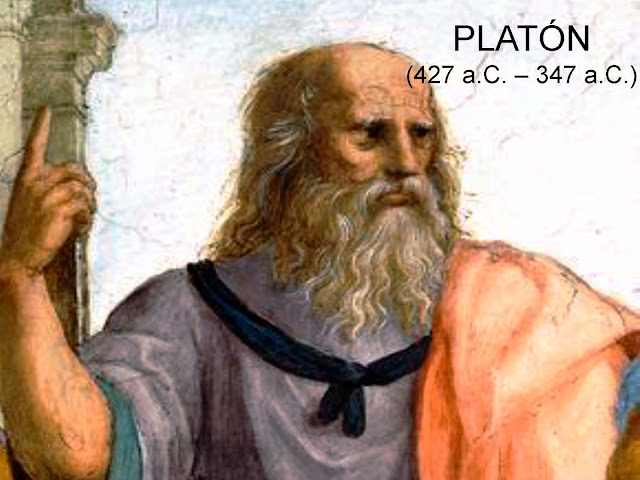 The myth of Plato's cave.

The Greek philosopher Plato wrote an allegory, a story that tells a dark cavern in a group of men, prisoners stood since birth by chains that bind their necks and legs so that they can only look to the bottom wall the cave, without ever turning the head. 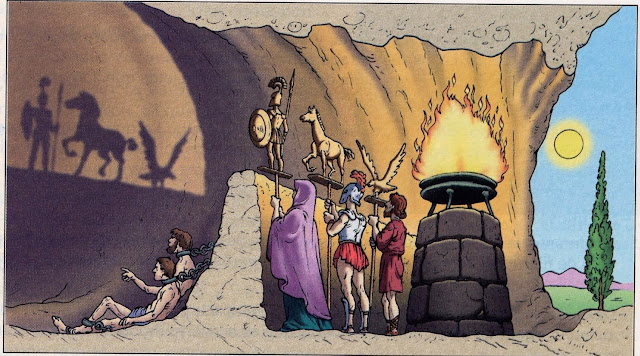 Right behind them is a wall with a corridor and then in order of closeness to men, a fire and the mouth of the cave to the outside. By circulating the hallway wall men carrying all sorts of objects whose shadows, thanks to the lighting of the fire, they are projected on the wall that prisoners can see.

These chained men consider as true the shadows of objects. Because the circumstances of his detention are condemned to take only by certain every one of the shadows because they can not know anything of what is happening behind them.

The story says that one of those men releases and shows the true "reality" into the hall, the fire, the men making shadows against the back wall of the cave: Then you take this man out, to " Outside World ", there this man would meet another reality.

Allegory just to bring in, again, the prisoner released into the cave to "liberate" their former comrades in chains. When this prisoner tries to unleash and bring up his former colleagues to light, Plato tells us that they are able to kill him and when they will actually have a chance.

Neo has found the true reality and want to communicate it to those who are still in the Matrix. Finally the system deletes it.

Jesus revealed the truth to the religious of their time, and they also eliminated. And the same thing happened to the prophets, as they are locked in the caverns of religiosity not want to know the Reality, which is God's Prophetic Word and how it will comply.

What figures show them in their safe caves? A gospel of prosperity, they are not taught to understand prophecy, not taught to understand for themselves the message, it makes them religious and they get the money. Today the Apostles wear fancy clothes and expensive cell phones, travel the world and live like princes, at the expense of those in the cave.

Anyway, tell this to the religious cavemen is a very risky job because they feel safe in their little world. Take them out into the real world and pretend to think for themselves can infuriate them, show them that they have been deceived he also angry. But you can not leave them there, even at risk of abuse.

Week 70 is about to begin, do not be content with some make shadow puppets with Great Words of Power, translations and false theologies deficit, seeks to understand the prophecy, knows the truth and the truth will set you free.