Reflection. The need to upgrade. By Fabian Massa. 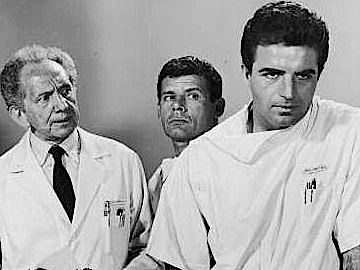 2. Suppose you due to illness. Must traverse an operation, very delicate and complex.

3. Suppose that in the hospital where he is hospitalized there is only one surgeon.
4. Suppose that doctor is 75 years old and received exactly 50 years ago, in 1965.


5. Suppose you. Have a talk with the doctor and the doctor in the same confesses, with great pride, that is not updated neither he nor his anesthesiologist assistants or his body or his instrumental or technical from 50 years.

Obviously you. Will not let this decadent professional will put a hand on him, but with a scalpel unaffiliated since 1965.

We would not let that negligent surgeon touched our body, but we let in Bible school teacher of 75 years, received in 1965, format the brains of our youth with what he learned 50 years ago and never update, without sharpening its scalpel. The problem is not age but continue teaching the same materials of the previous millennium.

We allow classes with texts of the twentieth century, the 2nd Millennium, when today we have new materials, which have a translation Bibles adjusted to the best and most ancient manuscripts, with input from Qumran Scrolls.

We allow them to shape our brains young theology based on biblical translations that we know today are poor or even were altered with the passage of time, if the RV60, as used in Latin America.

Week 70 is about to start, stop teaching things smelling of mothballs. Let those versions and the previous millennium when today offers on better quality material. Let both religion and criticism of others. Leave now, please.