+ Study. The doctrine of "Divine Right" the Anointed. Domination systems in the Church, by Fabian Massa. 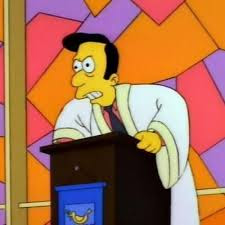 Where does the "divine law of the Anointed" come from?

The divine right of kings is a political and religious doctrine from the political [1] absolutism. This doctrine holds that a king receives his kingdom of the will of the deity of the people it governs, and not of any temporal authority, not even the will of their subjects or any establishment. Chosen by their deity, a monarch is responsible only to him, and should only answer for their actions before their god or gods, any opposition, criticism or disobedience are therefore opposition to the deity and that is blasphemy, his penalty was death.

In February 313, Constantine, a pagan King's, worshiper of the Sol Invictus, promulgated the Edict of Milan, declaring that Christians were allowed to follow the faith of their choice and restitution of confiscated property. After the edict new avenues of expansion for Christians opened, including the right to access government high political office, granting privileges to the clergy (exemption, for example, of certain taxes) and also gained greater acceptance within the civil society in general. He soon realized that to reach the highest political office being a Christian, or at least appear so, it was a great advantage.

The Christian Church went from being poor and persecuted to the Official Church with Constantine the Great, this period is known as the "Church of Pergamum" (Revelation 2.12) by the union of "Church & State [2]."

The Church soon be emptied of true believers and pagans would fill just wanted to get an economic policy social benefit, or. Religious syncretism was the order of the day, and pagan deities were incorporated into the liturgy as "Saints and Holy".

Constantine retained the title of Pontifex Maximus until his death, a title that the Roman emperors wore as visible heads of idolatrous priesthood, this title would then go to the Pope, who is considered the Holy Father, Pope, Vicar of Christ, Successor of Peter and servant of the servants of God. For all this the Pope is considered infallible in his judgments and government and obviously the pope who opposes God resists. The biblical text taken to support this position is:

1 Everyone must submit himself to the governing authorities, for there is no authority that God has established, and those that exist have been established by it.2 Therefore, anyone who opposes the authority is rebelling against what God has instituted . Those who do so will bring punishment. NIV Romans 13.1-2.
This concept of "divine law" was taken by the kings of Christendom arguing that "the right to govern is anointed by God" but as we saw earlier this idea is found in many other cultures before Christianity.

In the Middle Ages, the Catholic Church, through this political doctrine, raised its political power and of European kings at its finest, in a tacit agreement: The Church placed above every earthly kingdom, but gave sustenance "divine" tyrants in power, because anyone who opposed the King, opposed to God and therefore he was condemned by the Church. Only the pope, as vicar of Christ could depose a king. Thus the marriage of church and individual States Royalists continued throughout the Middle Ages, giving political, military and economic mutual support.

After the Reformation the power of the European monarchies were strengthened with respect to Rome. They arose National Churches. The myth of King as sent by God had weakened in countries of Protestant confession, the concept of "authority of Heaven" of kings was only monarchies were evolving absolute to constitutional, as we see today in Spain, England, Holland, Denmark, Norway, the Netherlands, Belgium and Luxembourg.

But for the Church of Rome (where they pushed the Counter [3]), the Pope was and remains the Holy Father, Pope, Vicar of Christ, Successor of Peter and Servant of the servants of God and His judgments are considered Infallible his higher authority and given by God Himself.

This same principle that allows authoritarian political exercise power without having to answer to anyone is now engaged in the Evangelical Churches tyrannically many of the "Anointed of the Lord" (especially Pentecostals and Neo-Pentecostals).

1. The Lord's anointed should only answer to God for their actions: This way it responds to anyone who dares to ask why such a thing?

2. The Anointed of the Lord is infallible as the Pope. Thus while Catholics have one Pope, Evangelicals have a "Tyrant Infallible" in every church.

3. The Lord's anointed can not be criticized: Nothing he does can be questioned, as well who work "God resists" and is carrying a journey of no return to the "Lake of Fire and Brimstone". From the pulpit he manipulates people through fear of punishment from God.

4. The Lord's anointed receive from God's Word for every sermon: No matter who preaches three verses and two matches and that your message is incoherent or totally removed from reality, the message is "God's will for the congregation" not Whatever light or lacking in theology itself.

5. The Anointed of the Lord makes a discretionary money management offering and tithe the congregation, despite the Tithing has fallen along with the Act [4], the Anointed still preaching sin is not put 10% of revenue in the church. Thus, the most important ministers of Prosperity, have prospered so much that they were able to send their children to study in the best universities of the world, riding professional studies of radio, TV, holidaying on exotic and unique places to which access only the richest and lead a life of luxury as if they were Hollywood star.

6. The Anointed of the Lord of the largest churches live like a king, traveling with custody and has chauffeured cars. > Measures "anointing" by the amount of "Rolex" watches that have and for their suits to $ 10,000 that used to give "The Message".

7. The Anointed of Jehovah have learned to handle the Matrix of Religion, has sold his soul and delivered to the Congregation understands nothing Matrix [5] for their own economic benefit.

Week 70 is about to begin. Awake O sleeper and do not let the Anointed One and The Matrix will continue stealing your time, your money and your energy. Connect to the Word of God, who never asked anything in return to give you salvation, as Isaiah 55 says:

1 »Come to the waters
all who are thirsty!
Come, buy and eat
those without money!
Come, buy wine and milk
without payment.
2 Why spend money on what is not bread,
and your labor on what does not satisfy?
Hear me, and eat what is good,
and they will delight with delicious delicacies.
3 Give ear and come to me,
listen to me and live.
I will make an everlasting covenant with you,
according to my constant love for David. NIV Isaiah 55.1-3.

Religion, systems of domination in the Church, do not touch the Lord's anointed, Matrix Pentecostal.

[1] https://es.wikipedia.org/wiki/Derecho_divino_de_los_reyes
[2] Pergamum means "marriage".
[3] The Counter Rome basically was to strengthen their belief system and government in the territories under their influence.