Note. The Myth of the lack of verses in the NIV Bible. By Fabian Massa. 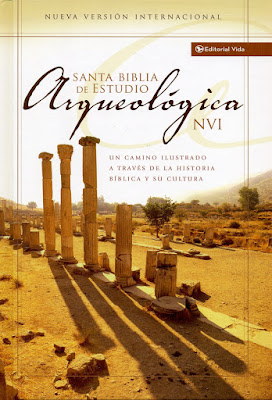 Treasures of wisdom shared with us: "The Myth of the lack of verses in the NIV Bible"

Dedicated to my dear friend and teacher Daniel.

On the myth of the NIV Bible verses you have brought him to the Bible, deeply rooted belief among the more traditionalist evangelicals, here expose them to the harsh reality: The verses that supposedly NIV has "removed" from the Scriptures, actually not exist in the best and most ancient manuscripts.

The real problem, my beloved, is that the King James (KJV) version adds all reviews nonexistent verses. Not for poor performance of its original authors, Cipriano de Valera and Casidoro Queen, but because they were based on Textus Receptus Erasmus of Rotterdam, 1517, who was used as a raw material of low quality manuscripts of the twelfth century.

Editorial Only RV95 Bible Society saves some of these passages with a legend footnotes indicating that this verse does not appear in several manuscripts.

Here is a list of verses that abound in the King James (KJV) versions:

17.36 LUCAS is a variant of VV 35, its absence does not change anything. In textual BIBLE NOT LISTED. IF CONTAINED IN JERUSALEM BIBLE
23.17 LUCAS DOES NOT EXIST IN THE TEXTUAL BIBLE

JUAN 5.4 in textual THERE, IF RECORDS OF JERUSALEM. ANYWAY THE VERSE IS AN EXTENSION OF VV 7: The sick man answered him, "Lord, I have no one to put me into the pool when the water is stirred up; and while I am coming, another steps down before me. "

5.7 NIV translates seven are three that testify, 8 and all three agree: the Spirit, the water and the blood.
WHO IS DOING THE SAME B. TEXTUAL AND JERUSALEM BIBLE.

This verse is translated in the same way in the RV60 Bible, NIV, JERUSALEM AND TEXTUAL

As Christians we should not "speak ill" of brothers and their work, especially when we know more, just to defend a "tradition" that is not based on the most ancient Scriptures. Because we should be jealous of the Word and not the "Versions" and less if they are defective, since this fact more religiosity reveals love of Truth.

Treasures of Wisdom, by Fabian Massa.