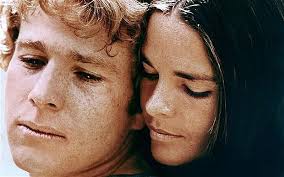 Treasures of wisdom shared with us: "A love story"

"A long, long time ago, in a distant and mysterious country was a very rich and powerful landowner who sent his son (his principal heir) to find a wife from among the women of the tribe of their father the Patriarch, which lived in a neighboring country.

Young began the long journey, crossing valleys and mountains around the country. He walked for many days to fulfill the mandate of his father. Finally, he exhausted from walking, crossed the Great River, which divided their country of their ancestors.

He walked until reaching a large meadow saw three large herds of sheep, the shepherds then asked if they knew of his father's family still living in that region. They replied that if, as the youngest daughter of the man was the senior pastor of the three herds. When the youth saw the shepherdess, he said they were relatives and kissed her. At that moment his heart burst with love, because I knew she was the woman of his life.

Finally the young man met with the family of Pastor, quickly placed him and gave him a place in the house. A month of being young living and working there, the Patriarch asked that he intended to wage for their work. The young man said without hesitation: "I will serve you seven years for your younger daughter, to be my wife"


This is a true story, which is told in the Bible in Genesis 28 and 29.
The characters are: 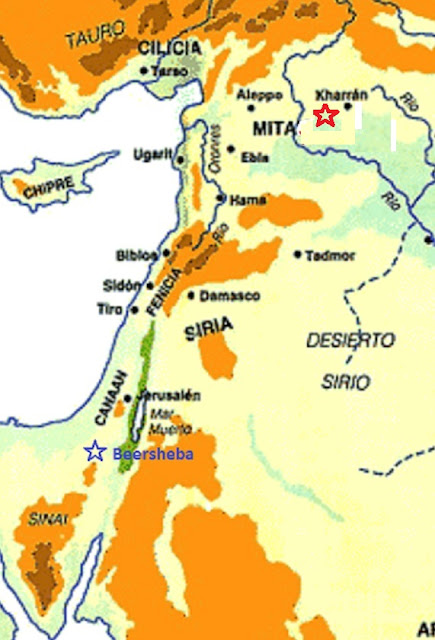 It is a journey of nearly 800 km Jacob did walk, the estimated travel time is between 25 and 29 days. Once she knew she was in love with Rachel, I do not hesitate to pay for it seven years of hard work. On the map below Beersheba locations and Padam Aram.

How much are you willing to do for your other half?

[1] Heb. Be'er Sheba, "well of seven" (Of the seven lambs of Gen. 21:30, 31 - or "well of an oath" (cf. Gen. 26: 31-33) Place Palestine south. temporary residence of the patriarchs Abraham (Gen. 21: 31-34) and Isaac (26: 23-33). From there, Jacob went to Haran (28:10) http://www.wikicristiano.org/diccionario-biblico. / meaning / Beersheba / is now the Israeli city with the largest population in the Negev desert and the capital of Southern District, located 108 kilometers south of Tel Aviv. https://es.wikipedia.org/wiki/Beerseba
[2] area that is within the great bend of the Euphrates (northern Mesopotamia), the land called Aram-Naharayim Hebrew: Mesopotamia (Gen. 24:10; Deut. 23: 4; Judges 3: 8.. .) and Aram-Naharaim, "Aram of the two rivers" (once: Sal 60, title) .. Read more: http://www.wikicristiano.org/diccionario-biblico/significado/arameos-as/; http://www.wikicristiano.org/diccionario-biblico/significado/padan-aram/