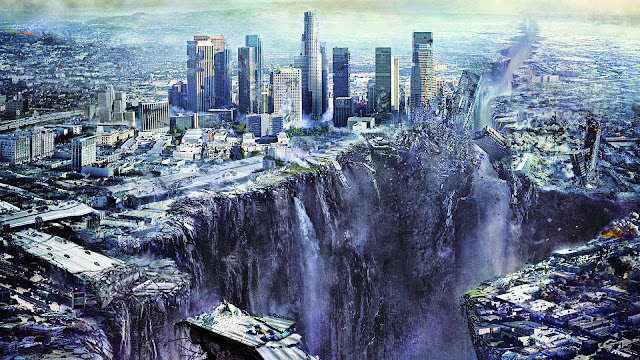 Treasures of wisdom shared with us: "Day of Rage // Redemption Day"

1. In a previous post I have shared a definition of these two days:

This post is an extension of that study. Consider the following texts:

Riches profit not in the Day of Wrath; but righteousness delivers from death. Proverbs 11: 4, RV60.

Neither their silver nor their gold will deliver them in the day of wrath of the Lord, but the whole land shall be devoured by the fire of his jealousy; because even a speedy destruction will of all the inhabitants of the earth. Zephaniah 1:18, RV60.

Before the decree bring forth, and the day pass as the chaff, before there comes upon you the fierce anger of Jehovah, before the Day of the Lord's anger come upon you. Zephaniah 2: 2, RV60.

But because of your stubbornness and your unrepentant heart you are treasuring up for yourself wrath in the day of wrath and revelation of the righteous judgment of God. Romans 2: 5, RV60.

In these passages the word announces that there is a Day of the Wrath of God for those who are not fair and they can not "buy" their salvation in any way.


2. Who they are fair? Those who believe in Jesus and his work on the cross were justified by God:

a. They are justified freely by his grace through the redemption that is in Christ Jesus, Romans 3:24 RV60

b. Therefore being justified by faith, we have peace with God through our Lord Jesus Christ; Romans 5: 1 RV60

c. Much more then, being now justified by his blood, shall we be saved from wrath. Romans 5: 9 RV60

d. And such were some of but ye are washed, but ye are sanctified, but ye are justified in the name of the Lord Jesus and by the Spirit of our God. 1 Corinthians 6:11 RV60

f. Wherefore the law was our schoolmaster to bring us unto Christ, so that we might be justified by faith. Galatians 3:24 RV60
g. That being justified by his grace, we might become heirs having the hope of eternal life. Titus 3: 7 RV60

3. We know that the work of Jesus on the cross was to pay with his life for our sins, as is prophesied in his life Isaiah:

4 Surely he took up our infirmities

and he carried our sorrows;
but we considered him stricken,
smitten by God, and afflicted.
5 But he was wounded for our transgressions,
and bruised for our iniquities;
upon him was the chastisement for our peace,
and with his stripes we are healed.
6 all gone astray like sheep;
every one to his own way;
but the Lord has laid on him
the iniquity of us all. Isaiah 53.4-6 RV60

4. The Day of the Wrath of God, also called the Day of Judgment will be a visible sign to all:

The sun shall be turned into darkness, and the moon into blood, before the great and terrible day of the Lord. Joel 2:31 RV60

5. The prophet Malachi (4.1-5) made a bit more light on that Day, and God will show difference between the unjust and justified:

a. For the unjust: 4 For behold, the day coming, burning like an oven, and all the arrogant and all evildoers will be stubble; the day that cometh shall burn them up, saith the Lord of hosts, that it shall leave them neither root nor branch.
b. For justified in Christ: 2 But unto you that fear my name shall the Sun of righteousness with healing in his wings; and go out and leap like calves of the stall.
c. Also anticipated that this will come before the Herald of the Messiah, that is John the Baptist: 5 Behold, I will send you Elijah the prophet [1], before the day of the Lord, the great and dreadful. 6 He will turn the hearts of the fathers to the children, and the hearts of children to their fathers, lest I come and smite the earth with a curse.

6. The signal that anticipates the Day of Wrath (unfair) / Day of Redemption (fair) is the prophesied by Joel (2.31) and it refers Jesus:

7. The action sequence is:

b. the sun shall be darkened, and the moon shall not give her light will be a solar eclipse and a total of Luna (Red / Blood Moon). CF. Revelation 6.12-14 12 And I beheld when he opened the sixth seal, and, lo, there was a great earthquake; and the sun became black as sackcloth of hair, and the moon became as blood; 13 and the stars of the sky fell to the earth as the fig tree sheds its winter fruit when shaken by a strong wind. 14 And the heaven departed as a scroll when it is rolled together; and every mountain and island was removed from its place.

c. 30 Then the sign of the Son of Man will appear in heaven .... They will see the Son of man coming in the clouds of heaven with power and great glory .. be something visible and noticeable to everyone, believers and nonbelievers. Compare Revelation 14:14: And I looked, and behold a white cloud; and upon the cloud one sat like unto the Son of man, having on his head a golden crown, and in his hand a sharp sickle.

d. ... And then shall all the tribes of the earth in Revelation wide this situation 6.15 -17 15 The kings of the earth, and the great, the rich, the captains, and the mighty men, every slave and every free man, hid themselves in the caves and in the rocks of the mountains; 16 And said to the mountains and rocks, Fall on us and hide us from the face of him that sitteth on the throne and from the wrath of the Lamb; 17 For the great day of his wrath is come; And who can stand? RV60.

e. And he shall send his angels with a loud trumpet call, and they will gather his elect, this text also has its confirmation in Revelation 14.14 -17 looked, and behold a white cloud; and upon the cloud one sat like unto the Son of man, having on his head a golden crown, and in his hand a sharp sickle. Temple And another angel came out, crying with a loud voice to him that sat on the cloud, Thrust in thy sickle, and reap; for the hour to reap has come, for the harvest of the earth it is ripe. And he that sat on the cloud thrust his sickle into the earth, and the earth was reaped. Christ comes for His Church.

4 For behold, the day coming, burning like an oven, and all the arrogant and all evildoers will be stubble; the day that cometh shall burn them up, saith the Lord of hosts, that it shall leave them neither root nor branch.

17 Another angel came out of the temple which is in heaven, he also having a sharp sickle.
18 And another angel came from the altar, which had power over fire, and called in a loud voice that had the sharp sickle, saying, Thrust in thy sharp sickle, and gather the clusters of the earth, because its grapes are ripe.
19 And the angel thrust in his sickle into the earth and gathered the vine of the earth and threw the grapes into the great winepress of the wrath of God.
20 And the winepress was trodden outside the city, and blood came out of the winepress up to the horses' bridles, for one thousand six hundred furlongs.

1. The Day of the Wrath of God and the Day of Redemption Church is one day.
. 2. The sequence in Matthew 24 and Revelation 6 is correlative: LABOR PAINS - SIGNAL JOEL-TRIAL - RAPTURE CHURCH / DAY OF WRATH OF GOD.