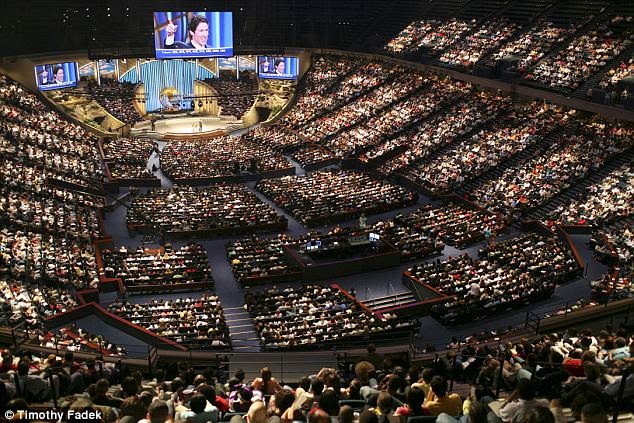 Treasures of wisdom shared with us: MAX WEBER and "TYPES OF DOMINATION (Government)"

From the point of view of sociology, science founded by Max Weber [1], domination is the probability of finding obedience within a particular group or type-specific mandates of all kinds [2].
Therefore, the rule is when a person or group of associated persons, is able to convince a society to accept their ideas. Depending on the methods of "conviction" that can be:
Persuasion based on reason or emotion.
The evening pressure.
The threat, or even force, fraud or any other way, is able to impose their ideas, their rules and views, their "truths", beliefs or assumptions.

We can see that start with a valid first, and then add up strategies "unholy" in order to dominate the group.

In weak (usually through ignorance and structural poverty) companies often dominate the act may have as background the fear of losing their sources under most basic livelihood or suffer themselves or their relatives any other damage or prejudice. Also as the dominant taste for power itself and privileges that it gives, although one can not rule out an unhealthy sentiment or the key to the humiliation and suffering of the oppressed. Some Latin American countries, these governments now have more or less totalitarian court, whose leaders are charismatic (see this point in detail later). The most poignant examples are Argentina and Venezuela both countries with the highest inflation in the world (32% and 65% annually respectively) and from the point of view of the lack of freedom of expression, of political discourse type "Fantastic Story" and attacks the Independent Newspapers, structural poverty and social inequality, we should add undoubtedly to Ecuador, even though it is economically advancing and improving since 2000.

A. THE LEGAL DOMINANCE WITH bureaucratic administration [3].

This type of domination rests on the validity of the following ideas:

1. All right, agreed or granted, can be converted into statute, ie it is written as regulation, ordinance or set of laws. Through this status the operation of the corporation or partnership in a rational way, pretending to be respected by the members of the association is regulated. In the case of a country, the statute would be the Constitution or Magna Carta.

2. A right is a cosmos of abstract ideas, estatuidas intentionally; and the administration and execution is the rational care of the interests covered by the arrangements of the partnership.

3. The typical legal sovereign, who orders and commands, due in turn to the impersonal order which directs its provisions.

4. Those who obey only does as a member of the association and only obeys the law (rule of law).

5. The members of the association obey the sovereign, not attention to him. They obey the impersonal order, and are only required to obedience within the limited, rational and objective competition, given that order.

In short, in an organization with legal domination, bureaucratically administered (ie an organized, where each division follows a flowchart rationally designed) all fits Law (the Constitution). People who are in power do not receive an honorable deal to him, but to the investiture of their posts.

In a healthy church you will have the same kind of domination:

1. The Constitution or Magna Carta of Sana Church is the Bible.

2. All God's Word was God intentionally chartered; the teaching of the Word from the Pastor and teacher represents the rational care of the interests of God for the Church.

3. The Pastor, who orders and rules the congregation, due in turn to the impersonal order established by God as a model. The pastor and focuses its provisions comes through the Word.

4. Within this framework, the one who obeys does knowing you are observing and complying with the law established by God in the Bible.

5. Members of the congregation obey the shepherd, not only attention to the order established by God, but also the Shepherd. They are only obliged to obedience within the limited, rational and objective competition, given that order.

The rule is traditional when its legitimacy rests on the sanctity of sorts and control powers inherited from ancient times.
Administrative official relations with the sovereign are determined by personal loyalty server, and here no matter fit right, because there is no Constitution has been made in light of rationality and the pursuit of mutual benefit. It is due to the person named by tradition, whether it is good, fair or poor. The terms of this person are lawful in two ways:

1. By the force of tradition that signals the content of the systems.

2. By free will of the Lord.
In the pure type of traditional domination it is impossible to create new legal and administrative principles; these can only be legitimized by old to be valid and be recognized by traditional wisdom.
The administration in this type of government rests on people linked by family ties to Mr. or for staying in "The Family" either by being descendants of former serfs or slaves. They also tend to choose partners for confidence or loyalty pacts.

The administrative framework of traditional domination in its pure type is missing:

4. The fixed salary and paid in cash.

Within this type of governments and tribal organizations we have also some current monarchies of the Middle East.

This type of rule is given in (and other traditional) Catholic Church, where the Holy Tradition of the Fathers of the Church have more weight to the Scriptures.

Charisma: quality that passes through extraordinary, a personality, by virtue of which it is considered in possession of supernatural or superhuman, or as sent from God.
The validity of charisma determines the recognition by the dominated. This recognition is a personal, faith-filled surrender, arising from enthusiasm or hope; and it is a duty called.
The administrative framework is chosen in turn by charismatic qualities, usually the same of traditional domination, for one simple reason; They need people to support them unconditionally, for which the "chosen" are the least capable and the most obsequious.

This type of government is taking place today in Argentina and Venezuela, where leaders dominate charisma. They do not rely on logic or the Constitution (unless the law in their favor, or otherwise manipulate directly the stop side). They have imposed their collaborators, all clappers and repeaters unconditional "Official Story" that only makes the leader. The consequences of this type of domination are often dramatic for societies where they ruled, as they bring degradation at all levels: moral, ethical, political, economic, cultural, educational, security (internal and external) and health.

This type of domination "Charismatic" is given in the neo-Pentecostal churches. Which have some of these characteristics:

1. Charismatic leadership, usually the leader is called the "Anointed One" or "The Apostle"

2. Nothing is done without the authorization of the Anointed, who has absolute control of each activity.

3. Generally is closed organizations that have a look inside (Iglesias Navel - centric). For example, they encourage their employees to form, but they keyed in the whole training process, preventing them of any education or (even biblical) information that might cast doubts on the "Vision of the Anointed".

4. They point to internal growth, forming the well-known Mega Churches.

5. They practice and teach the Gospel of Prosperity, the cult of personality "Anointed One" who is, along with their immediate family, the only progress economically.

6. Have your employees under a system of blind obedience. The provisions of the "Anointed One" bad they are, can not be analyzed, because that would be insubordination root of bitterness spirit of revolt, rebellion and disobedience. Think differently of "Anointed" is simply sin.

7. Anointed grows by proxy statements, telling people what they want to hear, that is never talks about sin and repentance. Thus it thrives to realize his dream of empire, in which there is almost always some of this:

a. A Mega Church with a scene worthy of a cinema or theater event.

f. A cult whatever is media

g. Worship the image of the Messiah and his Church, one of the manifestations of God's blessing on "The Apostle" is his brazen and obscene ostentation in dress and personal grooming.

h. A strong interest in all that is show, especially in the music and songs of empty content with many (but many, many, many) repetitions, video blockbusters, worship organized as a show, lights, laser, special effects, anything but God's Word.

8. The Messiah, in fulfillment of its mandate, will present his heir, the next Apostle, usually your child or failing to his son, someone who can stay in business ... ups ... with the Work.

[1] Maximilian Carl Emil Weber (Erfurt, April 21, 1864-Munich, June 14, 1920) was a philosopher, economist, lawyer, historian, political scientist and German sociologist, considered one of the founders of the modern study of sociology and public administration, with a strong anti-positivist sense. His most important works are related to the sociology of religion and government, but also wrote much in the field of economics. His best known work is the essay The Protestant Ethic and the Spirit of Capitalism, that was the beginning of a work on the sociology of religion. http://es.wikipedia.org/wiki/Max_Weber
[2] http://es.wikipedia.org/wiki/Dominaci%C3%B3n_%28sociolog%C3%ADa%29
[3] http://www.estudiantesuba.com/ciencia-politica/teoria-sociologica/664-los-tipos-de-dominacion.html
[4] http://www.estudiantesuba.com/ciencia-politica/teoria-sociologica/664-los-tipos-de-dominacion.html