Reflection. The Word of God and the land of Israel. By Fabian Massa. 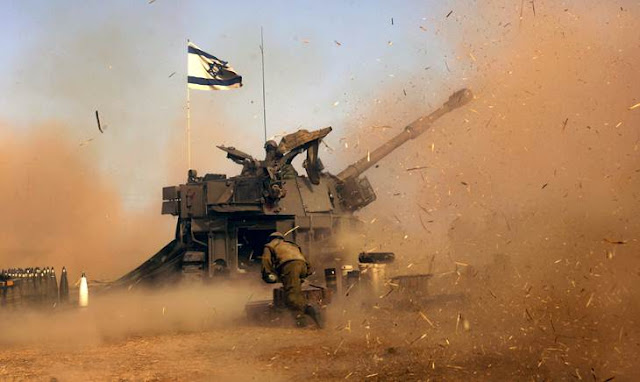 Treasures of wisdom shared with us "The Word of God and the land of Israel.

This brief reflection is formulated without political overtones, nor with the idea of ​​promoting division or hatred, but to make the Word of God is above all our differences and human misery.

As Christians, our eyes should be on Jesus, the Author and Finisher of our faith (Hebrews 12.2) and our thoughts must be based on faith what God says, because The just shall live by faith (Habakkuk 2.4). Paul recommends that despite being in the world, do not use the methods and arguments of those who know not the truth, but they tear down every argument that rises in our mind with the Word of God and carry all our thought to the obedience Word (2 Corinthians 10.3-6)

The quotation from Genesis 15.18 is not as some think, "Just an old biblical promise used as the cornerstone of the powerful Zionist factions within the current government of Netanyahu, as well as within the military institution and Israeli intelligence."
Jesus taught in John 10.34 -36 (cf. Psalm 82.6), the decrees of God (Scripture) can not be broken.

If we analyze how Israel recovered its territory in 1948, we see that only by divine intervention it could have been. The day after this event, a powerful Arab coalition stood for "Getting to Israel Planning" and despite their numerical superiority and arms (see http://es.wikipedia.org/wiki/Guerra_%C3%A1rabe-israel AD_de_1948% C3%) were resoundingly defeated. The same happened in the Six-Day War (http://es.wikipedia.org/wiki/Guerra_de_los_Seis_D%C3%ADas), humanly Israel could not defeat the coalition, because they were much more powerful. However, Israel won again. Why? Simply because God both times I fight for them.

Dear, it is necessary that as Christians we have as reference what God says otherwise be self generating conflicts:

4: 1 From whence come wars and fightings among you? Not even of your lusts that war in your members? Santiago 4.1 RV60