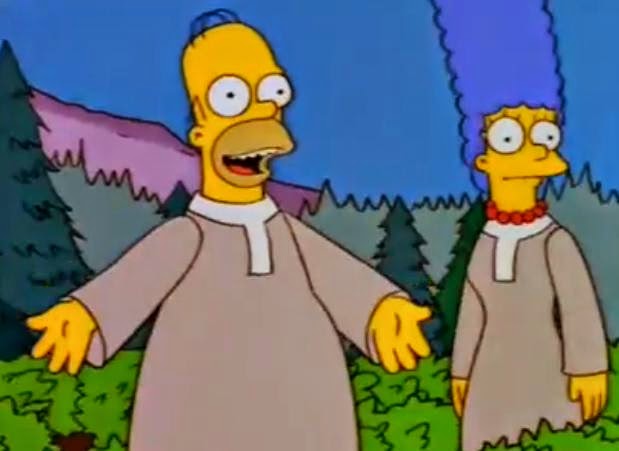 Dear, now share them literally (I have not added to it or taken anything) an excellent article on sects and sectarian behavior of José Ángel García Clemares, Theologian of the University of Salamanca. Any resemblance to reality is purely coincidental.
Fabian Massa

It was not always easy to determine the concept of what is a cult, given the different perspective on who is defining it, and especially by the weight representing the evolution of religion and its successive connotations and mutual rejection.


Today, in fact, when we refer to a sect noted an organization with its own clearly identifiable features, without which no one would speak of this phenomenon, but another reality.
Strange as it may seem, the ideological, theological or philosophical factor is not decisive in its qualification as a phenomenon or sectarian organization.
Sect therefore is a group in which the following characteristics are:

1. Structure piramidal.- has an organization that could divide in absolute top, middle managers and supporters-type. Case therefore a simplified stratification, while the same in the sect allows close monitoring of lower ranks.

2. Submission dirigentes.- unconditionally to the standard of conduct is absolute submission without qualification or reservation. And in many cases, those intended to be presented as instruments of God, the object of its divine inspiration.

3. There is little chance of breaking the siege of subjugation while you are in the heart of the sect.

4. Cancellation of interna.- review Consistent with this, the sect does not allow any glimmer of internal criticism. Blind loyalty comes straight from the inability of the adept to read sources outside the sect or belonging to the same critically.

5. Pursuit of economic objectives and / or political ideology masked under a philosophical or religious. The sect essentially seeks to achieve a purpose of an economic and political case. No pursues spiritual or philosophical purposes philanthropic manner. The lust for power and profit underlie the depths of their motivations.

6. Instrumentation of followers in order to obtain the ends of the sect. So that the adept, subjected to tight control no longer mere tool in the hands of the sect.

Economic exploitation is often pervasive in all sects, some of which, to this is added the sexual use of its components. The adept is a single number to use for their purposes, essentially fundraising and other supporters.

Exposed the basic features of the cult phenomenon, we must clarify that we must distinguish what is a cult itself, what are differed-A matter sectarian behavior. So that in some groups or organizations of a political, religious, cultural or other type can be said sectarian behavior, without implying that entity is itself a cult.

The rating of cult goes far beyond the framework of certain behaviors as sectarian. Hence the danger of these groups, which go to become habitual abuse than others are just outstanding.
Exposed above, we define the cult phenomenon, of those situations that have sometimes been treated as such, naturally without the necessary rigor and precision.

So do not belong to the cult phenomenon:

1. RELIGION Cults often have a religious message, but not be equated sect and religion without more.

2. The behavior sectario.- Who can unfortunately occur in all groups, but unlike his profile sects essential characteristic, along with other phenomenon indicated above, in other cases is a deformation that can only would be detrimental to the group within which occurs.

3. The fundamentalismo.- This phenomenon initially only had the positive nature of basing faith in their real basis, not necessarily imply that causes a sect nor have to negatively understood fanaticism, stubbornness and intransigence. Just that group would be sticking to what it believes are the foundations of their faith. What does not prevent fundamentalism in some cases exceed the firm defense of principles to fall in even violent sectarianism.

It is difficult to make a complete classification of sects, as some of them fit into several sections, and also the birth of new groups continuously this very difficult task because of the risk to leave some excluded.
To clarify this typology synthetically, we offer the following tables. The vertical axis contains the ten "types" that will classify movements: conversionistas, revolutionists, introversionistas, manipulacionistas, thaumaturgic, reformist, utopian, mixed, new religiosity, satanic. The horizontal contains six elements considered relevant to establish the type of "saving relationship" established in each type of movement: the "essence" of salvation, the attitude to the world, towards religions, to the Scriptures the salient features of each type and mainstream paradigms and models of each type, as B. Wilson, a tributary of the status of movements that emerged after the "Great Awakening". Add some names. Refer a list of alternative religious movements with presence in Spain, many with sectarian, as the most important qualifiers listed: those of F. Azcona, that of J. Cardona and associations Ijzys, Freedom and Projuventud, concluding with the classification of César Vidal Manzanares.