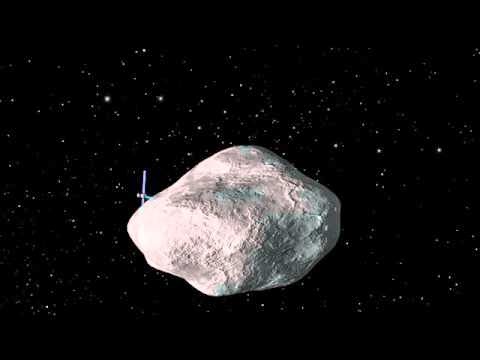 10 touched the third angel sounded, and a great star, blazing like a torch, fell from the sky on a third of the rivers and on the springs. 11 star is Wormwood.

Can an asteroid be "bitter"? Many think that this passage should be taken figuratively only, however 67P / Churiúmov-Gerasimenko comet if it fell on Earth (there is that risk) literally could embitter the third part of the waters, as it announces the prophecy John.


Comet 67P / Churiúmov-Gerasimenko comet's orbital period of 6.6 years discovered in 1969 by the Ukrainian-Soviet scientist Klim Churiúmov Ivanovich, studying photographs Svetlana Gerasimenko Ivanovna, also Ukrainian-Soviet scientific [1]. He is currently the fate of European Rosetta space mission, launched on March 2, 2004, and the January 20, 2014 awoke from hibernation in which it had been 31 months to prepare for the final leg of its journey [2 ].

The tail of the comet, the envelope of gas and dust that develops as you approach the object to the Sun, measured as 19,000 kilometers. In terms of composition, "the perfume of the comet is sulfur, ammonia, methane and alcohol", summarizes Taylor [3].
This comet is not in the list of dangerous for the planet, I was struck by its chemical composition and its tremendous size. Down here I leave a picture published in the newspaper El Pais in Spain 15/10/14 issue where a photomontage scale of the comet by the city of Los Angles is done in order to appreciate its size: 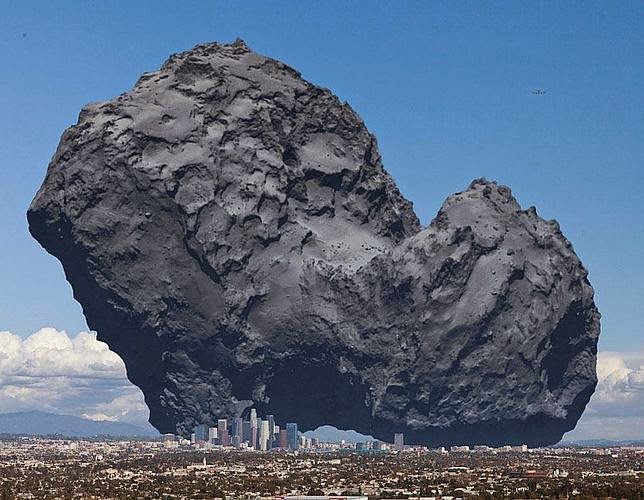 Week 70 is about to begin, what will happen is announced in the Book of Revelation. Are we ready?