Reflection. There are none so deaf as those who will not hear on Isaiah 6.1-10. 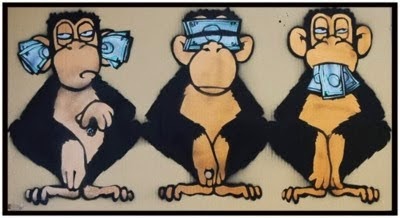 In the year of the death of King Uzziah, who had a very prosperous reign until the day he fell out of favor with God because of your pride [1], the prophet Isaiah received his call prophetic (Isaiah 6.1-13). Today we know that the year in question was the 759 BC because in the book of the prophet Zechariah (Zechariah 14.5) is a reference to the year of the death of this king, indicating that there was a great earthquake. In the record of past earthquakes in the twentieth century there is one corresponding to October 7, 759 BC [2]

Isaiah has a vision of the Throne of God and receives his prophetic ministry to the people of Judah (Southern Kingdom). In this vision the Lord who would ask for the Kingdom to announce God's Word to Judah and the prophet cried: Here I am, send me, (6.8)
Then God said:

When a person hears but does not understand and look but do not "see"? When your mind (heart) is closed because of their religion. The book of Isaiah there are constant references to religiosity that obscures the understanding of Truth, for example:
The ox knows its owner and the ass his master's crib; but Israel does not know, my people do not understand! "NIV Isaiah 1.3.

13 The Lord says: "These people come near me with their mouth and honor me with their lips, but their heart is far from me. Their worship is merely a mandate taught by men. NIV Isaiah 29.13

The vineyard of the Lord Almighty is the house of Israel; men of Judah his favorite garden. He looked for justice, but found rivers of blood; righteousness expected but found cries of anguish. NIV Isaiah 5.7

Some time ago, I had a talk with a Catholic teacher, a woman scholar of Scripture and committed to their local church, which develops educational tasks preparing catechists. I asked him how he could give worship to images clearly if the First Commandment says no demos idol worship:

The lady, who knew well the passage, and downplayed actually said pictures and statues did not consider them idols, refused to surrender and worship them.
Clearly it is true what is said in Isaiah 6.9 "hear and see but do not understand." But this is not a note against Catholics or Jews or against any religious group, is a note that talks about the danger of religion, because it removes the ability of congregations to perceive the Truth of God.

I was recently participating in a conference, where most of the attendees belong to a mega church. The pastor was lecturing on the danger of deviating from the priority that God marked to the Church: Bringing people to a new birth, so they can "see and enter" the kingdom of God (John 3:3) and warned that lately many leaders have started putting other personal goals above this priority of the Kingdom, he said the lust for power, wealth and prestige, explaining that generally all these "goals" are achieved with a critical mass of parishioners, being therefore very important for them to be mega congregations.

At that conference the most listeners are just members of a mega church whose "main objective" to achieve a membership of 50,000 people. The speaker developed his exposure in a neutral way, adjusting to theology, but to me what this should have a direct impact on the members of that congregation mega because every point made by the speaker seemed to speak of "vision" of the church.

But when I ask those who knew about his impressions of the conference, none of them had realized that maybe they were in a model that did not fit the "sound theology" espoused by the speaker. Simply "had not understood, despite having seen and heard." Jesus had a simple theology, the priority was to get people "born again, could see and enter the Kingdom." The win was not worried about prestige, gather crowds (after three years of a powerful ministry only had twelve disciples) had no aspiration to have the largest ministry, nor the most popular. Sought not to shine their prestige.

Today the world is tucked into the Church, and so it is common to "measure" the value of the congregations for its size, its economic strength, by the level of professional skill of its musicians, etc ... However the true Church of Christ (which He will pick) is formed by the "Born Again".

The two people whom the passage refers are the Church, but one of them will be left out. So I think we should go back to basics, to the simple gospel of Jesus.

Week 70 is about to begin at any time. Are we ready?

Born Again. Isaiah 6 Megachurch Religiosity Who is deaf not to hear