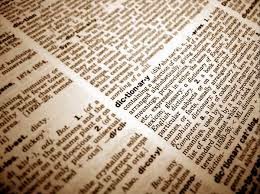 Properly speaking of something, the first thing is to clearly define it. What is Critique? This word comes from the Greek-krino-κρὶνω 'judgment or discernment ", and κρίνειν-krinein-" analyzing, separating "from which derives the word κριτική-kritiké-κριτικός-Kritikos-," critical "means judge discernment [1].

Discernment: m. Judgment by which we perceive and declare the difference between several things [2].

The person with discernment, then that has a capacity to distinguish between what is right and what is wrong, or at least not as well. This ability to point out what should be corrected is what makes the object of observation improves, whether a product, activity or organization. Given this, the critic should be a wanted person, however usually are resisted and pushed aside. Why? Simply because people do not like to be told that it does need a correction.

The word "Review" in the Church (at least in most evangelical Pentecostal) A "bad word" is considered. For most Christians the "Critique is not of God" and the people who make any criticism have "root of bitterness of spirit, double-minded, evil spirit of criticism, are grumblers, complainers, rebellious toward authority (at both are in opposition to God) undermine the head-body order, and the only certainty is that awaits them is the Lake of Fire and Brimstone.

Another way to see this rejection of review (meaning that we talk about a review that seeks to provide a solution) is that organizations do not want to change, do not want to stop being what they are but they realize that what they do not.

An example: In a mega church is impossible for the body to pastoral minister to the flock. That leadership structures are mounted (usually still poorly prepared in large organizations [3]) One of the most important congregations (at least for its size) has assembled an entire leadership structure to meet somehow, non-pastoral ministry. In female groups, the address noted with sound judgment, that women were having problems because of poor ministry. Solving these cases is simple, first minister to make people ready and prepare other leaders who do not have the required level.

But management chose the following solution: Put two leaders in each group instead of one. If a malformed leader did not work, with two leaders certainly not malformed. It is the same as not being able to cut a piece of wood with a spoon and pretend to do two ...

However, when a person did this review, automatically made ​​him an "empty" and no one spoke to him. This congregation continues with women in groups with "dual command" and in the same conditions as before.

The person who rejects any criticism, lose the opportunity to improve. The humble and accept correction learning. The same goes for organizations.

Week 70 is about to begin, Jesus told us to learn of Him who was meek and humble. Are we ready?


The superb rejects the criticism. The review helps to improve