Study. Jesus' death on the cross. By Fabian Massa. 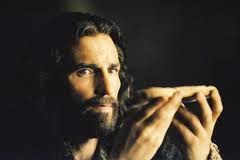 The death on the cross, was a method of execution was practiced by various cultures in ancient times. It was also used by Rome. It was reserved for criminals considered the most dangerous to the Empire. It was a slow death, painful. The Romans used first flagellar convicts, who then had to carry the crossbar (Patibullum) on his shoulders to the place of execution.

The patibullum was fastened to a tree that was already fixed in the ground in the position to executions. The inmate was usually nailed to the tree in the hands (below the wrist). The nail went through the median nerve. That is the major nerve that gets out of hand and was crushed by the nail. Each hammer produced an indecipherable pain on the person.

Once the defendant was nailed by the wrists to patibullum, was raised to unite it with the vertical post. Then they proceeded to stab the feet. The nerves of the feet were also crushed and that caused excruciating pain similar to dolls.

When sitting upright arms, the weight of the body, stretched to the point that dislocated shoulders. Perhaps this refers to the Word in Psalm 22.14

14 Like water I am poured out;    all my bones are dislocated. NIV.

Crucifixion is a slow and agonizing death by asphyxiation. The person should be supported to breathe on his feet, with each exhalation feet were nailed tore where the post. Every breath was agony itself.
To hasten death, the Roman soldiers broke the legs of the prisoners: unable to rely on their legs to lift the torso and to exhale, the person died quickly.
In the case of Jesus, the soldiers did not break his legs, why? Based on the facts the obvious answer is because Jesus died before it was necessary to break his bones. But we must understand that all the things concerning Jesus, every detail of his life and his death was prophesied in Scripture.
Thus David prophesied about this:

And in Exodus when Moses instituted the feast of the Passover (Exodus from Egypt) specifically states that the paschal lamb was owed not break any bones. And we know that Christ is the Lamb of God who takes away the sin of the world.

Jesus died, rose again the third day and now reigns forever and ever. Amen. Many prophecies have already been fulfilled, and the prophecies about the End Times are approaching. No salvation in Jesus alone, are we ready?.