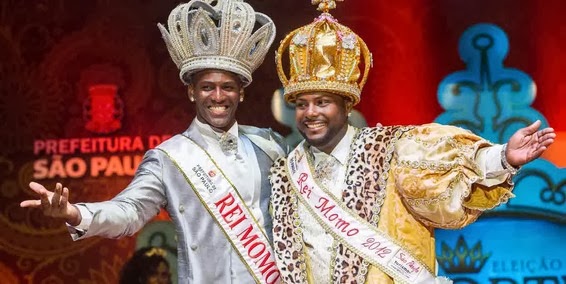 The "Fiestas de Carnaval" celebrated before the Catholic Lent . It is important to note that "Lent " is a practice of the fourth century , established by the Catholic Church, which is a forty-day period preceding the Christian celebration of Easter , and serve as a spiritual preparation for the same through the practice of " penance " and abstinence from meat.

The "Carnival" by contrast is a festival of debauchery, where everything is fine uncontrolled and is therefore common to use masks ( for everything done remain anonymous) .

These three pagan festivals were characterized by the lack of control in the food, drink and sexual debauchery.

The "King Momo" is a character who leads the carnival , we are usually delivered the keys to the city for one year, meaning that gives it control of it. But Momo is much more than a high , fat and friendly gentleman who shared kisses and greetings from his chariot represents the mythological Greek god of ridicule, unjust criticism , he was represented with a mask that he got up to see his face , and with a doll or a scepter finish a grotesque head in hand , symbol of insanity.

In the carnival the skids are accentuated in alcohol , drugs and sex . In large cities there are growing crimes such as robbery, rape , and murder. In Rio de Janeiro about 100 murders for such "party" occur .

Summarizing the carnival is a pagan holiday , which is celebrated all that separates us from God , so it is clear that Christians should not participate.

[1 ] Ethnology is the social science that studies and compares the different peoples and cultures of the ancient and modern world.