Reflection. The awakening of the Great Russian Bear and the New World Order. By Fabian Massa. 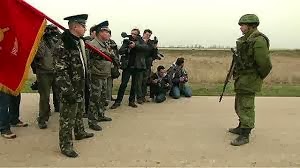 Bears are known to spend the cold winter in a state of " hibernation " , thus saving up to 75 % of its energy when returning spring. Something similar is happening with the Great Russian Bear, all seemed to sleep almost 25 years since the end of the "Cold War " [1 ] until today that has invaded Ukraine.
" The Cold War rested on four pillars : the existence of two superpowers that dominated the planet, the mutual recognition of the status quo in Europe, an ideological contest between two models and a global rivalry ," lists the French Bruno Tertrais , director of Strategic Foundation [2 ] Research .


After the dissolution of the U.R.S.S. some of the countries that emerged from the Soviet sphere as Slovenia , Estonia , Lithuania , Latvia , Poland and the Czech Republic to the EU approached and began to progress economically and socially. This year 2014 Ukraine had the same intention , but Russia wanted the Ukrainian return you to your "Block".
During the nearly 25 years that the Great Bear dozed ( waking during the War of Georgia in 2008) , there was :
a. A massive reduction in the power and influence of Russia in Europe and Eurasia.
b . The emergence of many new states (mostly born pop Soviet empire ) .
c . United States became the dominant power.
d . The EU as an economic magnet to its eastern neighbors .
e . The Russian Federation , the core of the former Soviet empire , was practically out of the system , immersed in an increasingly uneasy relationship with the West. He criticizes Putin wanting to resurrect the spirit of the USSR
Will the annexation of Crimea by Russia Ukrainian final action or the beginning of the annexation of Russian- speaking part (south and east of Ukraine) ? 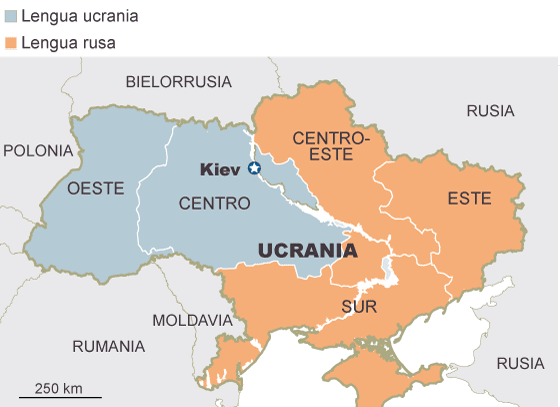 " Make no mistake . Putin 's action in Crimea and received powers of the Russian Parliament , authorizing him to use military force , reinstall just to Moscow as a proactive player in Europe for the first time since 1989 " analyzes François Heisbourg , director of the International Institute for Strategic Studies ( IISS ) .
Since coming to power 14 years ago , Putin has already invaded two of his neighbors in an attempt to halt the western advance on the territory of the former USSR : Georgia in 2008 and now Ukraine, fierce without intervention in the wars Chechnya .
The problem is, the greater aggressiveness , more desperate the people of the region and , perhaps , other former Soviet republics to try , such as Ukraine , closer economic and military ties with Europe and the United States [3 ] .
What should we expect , according to the Bible ? According to the prophecy of Ezekiel 38 and 39 , Gog of the land of Magog and Tubal and Meshech Prince will lead to an Islamic Coalition in last invasion of Israel [ 4]:

38 The Lord spoke to me : 2 "Son of man , set your face toward Gog of the land of Magog, the chief prince of Meshech and Tubal. Prophesy against him 3 and say, 'Thus says the Lord God : "I am against you, Gog , chief prince of Meshech and Tubal. 4 I will turn you about and put hooks in your mouth and I 'll take all your army , horses and horsemen . They are well armed , they are a huge crowd , with buckler and shield, all of them wielding espada.5 With them are Persia , Ethiopia and Put , all armed with shields and helmets . 6 Gomer with all its troops, and Beth Togarmah from the far north with all its troops and many armies are your allies. Ezekiel 38.1 - 6 NIV

Gog : Figuratively superb , and because this people of Gog dwelt mainly in the highlands , plateaus and mountains of the Caucasus in its phase of settlement in this context can mean "those who live on the roof of the world" At certain times of year. these nomads moved their cattle to the steppes , their original habitat (steppes of Turkestan and Ukraine ) .
The descendants of Gog mostly raised horses , mules, and Bactrian camels to the eighth century . C. In these Akkadian language names are written as Gugu Gugu and Mat . Genesis 10:2 . [1]

Magog : The Ma prefix in Hebrew means "place of ", " Earth " . Then Gog and Magog phrase could be interpreted as the Russian Prince and his people.

Tubal : One of the sons of Japheth ( Gen.10.2 ) always mentions with Meshech , were probably neighbors. In the Black Sea.

Gomer : Firstborn of Japheth ( Gen.10.2 ) The Cimmerians or omers were ancient equestrian nomads who , according to the Greek historian Herodotus ( V century BC . ) , Originally lived in the North Caucasus and the Black Sea , in the current Russia and Ukraine, from the eighth century . C. and VII . C. Records Assyrians , however , the first located in the region of Azerbaijan in 714 a. C. [2 ]

For the " End Times " , according to the Bible , Ukraine will be part of Gog . The current board of Nations , it is clear that there is a power or coalition of Nations which may prevent the annexation of Crimea Putin or even middle Ukraine.

Week 70 is about to begin . Parts of the international chess slowly fall into place on the board ( the World) . Are we ready ?