Reflection. The Grand Social Injustice , a sign of the End Times By Fabian Massa. 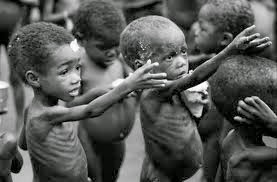 6 And I heard a voice among the four living creatures, saying : " . A kilo of wheat, or three kilos of barley for a day 's salary and do not damage the oil and the price of wine' Revelation 6.6 NIV

The global economic and financial crisis will only affect those who eat bread , ie the poor. The rich, who can consume oil and wine , with each crisis get richer.

According to a report by the British charity Oxfam , the richest 1% of the planet has more than half the world's wealth : 85 millionaires have much money as the 3.57 billion poorest people [1 ] .
The report was unveiled at the Davos Forum that had its beginning on Wednesday, January 22, 2013 .
The wealthy elite have co-opted the political power and establish the rules of the economic game , undermining democracy , it is a reality that affirms as known "conspiracy theories of the NWO " who ascribe to groups of international bankers and those who annually attend meetings Bilderberg group . [2] These meetings are veiled things to other mortals are discussed.
In his 11 September 1990 Toward a New World Order speech to a joint session of U.S. Congress President George HW Bush described his objectives for post -Cold War global governance in cooperation with post- Soviet NWO Speech [3 ] states :

Until now, the world we've known has been a world divided - a world of barbed wire and concrete block, conflict and cold war. Now, we can see a new world coming into view. A world in which there is the very real possibility of a new world order. In the words of Winston Churchill, a "world order" in which " the principles of justice and fair play ... protect the weak against the strong ... " A world where the United Nations , freed from cold war stalemate , is about to fulfill the historic vision of its founders . A world in which freedom and respect for human rights find a home among all nations . George W. Bush.

The NWO theories linking economic financial power with groups like the Illuminati and Freemasons Freemasons .
The truth is that large financial groups have the power to add and remove governments to induce armed conflicts are perhaps one of the best bargains. According to the report published by SIPRI , the arms industry is one of the economic sectors that has grown in recent times . 465 770 million is what they have perceived sales amount in 2011 the hundred largest companies of arms and military equipment , an increase of 14% over the previous year [4 ] .

Week 70 is about to begin , all signals are soaring at a time. There are few prophecies to be fulfilled , are we ready ?