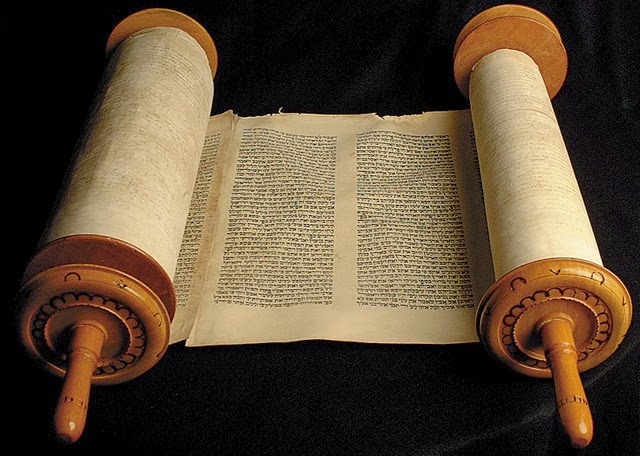 Treasures of Wisdom shares with us : " The judgment of God ."

8 Lord God showed me in a vision a basket of ripe , 2 fruit and asked :
- What do you see , Amos?
- A basket of ripe fruit , 'I said .
Then the Lord said to me:
- Has the time for Israel to fall like ripe fruit come , I will not forgive him.
3 » In that day , declares the Sovereign LORD , wailing songs of the palace will become . Many will be the corpses lying everywhere! Silence !

God announces that the day finally comes that the wickedness of man will be judged . In the next verse explains that attitudes are what bother you :


4 Hear this, you who trample the needy
and exterminate the poor of the earth.
5 You say :
" When will the new moon party
that we may sell grain ,
or the Sabbath
to put on sale the wheat? "

The Jews used a lunar calendar, beginning with the New Moon. Every first of the month is a religious holiday that is accompanied with special offerings in the Tempo . These holidays were "resting" ( Sabbath ) and all work was forbidden . God judges those who " suffered the Sabbaths " because they can not profit

you seek
reduce the extent
and increase the price ,
distort the balance
6 and sell waste wheat
buy the helpless for money
and the needy for a pair of sandals .

Social injustice , speculation of which drive the market on the hunger of the poor, what is now called the " Wild Capitalism " . All these actions bring God's judgment .

7 Jura the Lord for the pride of Jacob : " I ​​will never forget anything they have done .
8 » And with all this did not shake the earth?
Are your people will not mourn ?
The whole land will rise like the Nile ;
be agitated and lower ,
as the river of Egypt.
9 "In that day , declares the Sovereign LORD ,
" I will make the sun go down at noon ,
and the earth in broad daylight dims .
10 I will turn your religious feasts into mourning ,
dirges and all their songs.
The mourning clothe
and shave their heads .
It will be as if mourn the death of an only son ,
and end the day in bitterness.

God says: I will not forget anything they have done ( v. 7) all the wickedness of man on the Day of Judgment God will so against man. You left two signals marked to identify that Day :

A great earthquake ( v8)
Darkness : God will make the sun go down at noon , and the earth in broad daylight dims .

Jesus was crucified at noon, then thick darkness covered the earth until three in the afternoon when he finally expired . At the time of maximum brightness , was transformed into the darkest (Amos 8.8)

He was despised and rejected by men ,
a man of sorrows , and familiar with suffering .
All hide their faces
he was despised, and we esteemed him not .
4 Surely he took up our infirmities
and carried our sorrows;
but we considered him stricken ,
smitten by God , and afflicted.
5 But he was wounded for our transgressions,
and crushed for our iniquities ;
upon him was the chastisement that brought us peace,
and with his stripes we are healed .

At the very moment Jesus gave up his spirit with a loud voice, Mateo account:

51 At that moment the curtain of the temple was torn in two from top to bottom. The earth shook and the rocks split . 52 And the graves were opened, and many saints who had fallen asleep were raised . 53 They came out of the tombs , and after Jesus' resurrection they entered the holy city and appeared to many.

The curtain of the temple was of a very thick and strong woven and separated the Holy Place from the Holy of Holies. The rending of the veil means that now through the sacrifice of Christ all who profess His name have access to God's presence . ( Heb.9.20 )

The earth shook and the rocks split . The second sign that God gives through Amos
We were "justified " by the righteousness of Jesus, that is the manifestation of the love of God , who gave himself for us . Let's keep this " so great salvation " as the author of Hebrews ( 2.3 ) is not something we lose says .

Week 70 is about to begin , do not neglect this great salvation. Are we ready ?