Study. Ezekiel's prophecy of the siege of Jerusalem. By Fabian Massa. 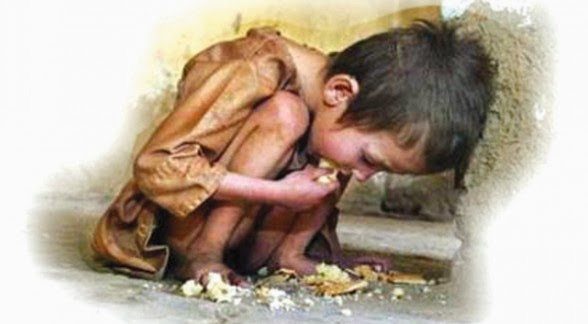 As we saw timely in the post " The Meaning of Prophecy [1 ] " after the rebellion of King Jehoiakim the domain of Nebuchadnezzar (597 BC) The powerful army of Babylon returned to besiege Jerusalem, took prisoner the King Joachim ( son of Jehoiakim , who had died ) , were carried into captivity to the first batch of prisoners and put Nebuchadnezzar king of Judah Zedekiah .


In the post " The Siege of Jerusalem 588-586 BC [2 ]" The study that Lord began to preach the kingdom of Judah Jeremiah , in Jerusalem, and Ezekiel from exile.
Finally in "The Fall of Jerusalem in 586 BC The prophecy and its fulfillment "[3] studied the correlation between the prophecy of Ezekiel 12 and Jeremiah 52 compliance .

In this paper I want to share with you how the prophecy would be the site of Jerusalem, which the Lord revealed to His servant Ezekiel :

4 » Son of man, take a brick, put it in front of you and draw on it the city of Jerusalem . 2 Camping around and put site ; assault towers up against it and built a ramp that reaches the city installed machines to break down its walls. 3 Shooting an iron and put a wall between you and the city , and fix your gaze on her. That way it will be besieged : besiege yourself . That will be a sign to the Israelites.

* This kind of representations are typical of the prophet Ezekiel. Taping on a cool brick. [ The comment Jamiesson [4 ] provides measures : The bricks of Babylon had two feet long by one wide, 60cm x 30cm is . The foot is a measure of Sumerian origin [5 ] ] a diagram of the city of Jerusalem and establish a symbolic site in great detail : The towers of assault , the ramp, the war machines and finally himself representing the enemy Army * .

4 » Lie on your left side, and take upon you the guilt of the Israelites. All the while you're lying on that side will bear their guilt . May I have put you within three hundred and ninety days, that is, a period corresponding to the years of Israel's guilt time. 6 When you turn that time, you never lie to you , but this time on your right side , and fortieth days will bear the guilt of the people of Judah , that is, one day for each year.

Note that this representation Ezequiel maintained for 14 months and 10 days.

7 And will look at the siege of Jerusalem, and with threatening arm prophesy against her. 8 I will tie you up with ropes so you can not turn it from side to side as the days of the siege are fulfilled.
Ezekiel prophesies against the city during those 430 days . This number coincides with the 430 years that Israel was captive in Egypt before God out of there by the hand of Moses.
9 "Take wheat and barley, beans , lentils , millet and oats , pour into a bowl and knead to make bread, because that will be your food during the three hundred and ninety days you'll be lying on your left side . 10 Every day eat at a fixed ration of a quarter kilo hour. [A ] 11 also fixed an hour you will drink a pint [b ] of water.12 bake this bread with human excrement , and in view of all the eat , as if it were a cake of barley. "

The taking of wheat and mixed with barley, lentils, millet and oats , talk that eat what they find (Leviticus 19.19 expressly prohibits mixed bag : Beads , Fabrics, yarn, etc. ) A daily ration of which find daily plus a pint of water ( O.MS. advised to take 2 liters of water) gives an idea of hunger and thirst would the inhabitants of Jerusalem during the siege.
Cook food with human waste : Unable to leave the city , could not get wood. The site takes 2 years obviously would cook with what they could find .

13 Then the Lord added, " Likewise, Israel will eat defiled food among the nations where I will disperse . "
14 Then I said, "No, Lord my God ! I never have me * contaminated with anything! From my childhood until today , I have never eaten meat of any animal that has been found dead , or has been torn by wild beasts . For my palate has not entered any unclean meat ! "
15 ' All right,' I replied, ' I give you permission to overbake your bread with cow dung instead of human excrement. "
16 Then he said to me: "Son of man , I will make Jerusalem scarce wheat . The people will eat rationed and much anguish bread also be rationed water , drink it with a lot of anxiety . 17 were scarce bread and water, and when you see the condition each other, everyone will lose strength and eventually dying from their sins.

The prophet Jeremiah describes the desperate hunger that existed in Jerusalem at that time:

In the fourth month , the ninth day of the month the famine prevailed in the city, there was no food for the people. Jer . 52.6 RV60

Arise, cry out in the night, the beginning of the watches ;

poured out your heart like water before the presence of the Lord;
Lift up your hands to him for the lives of your children,
who faint from hunger at the head of every street . Lamentations 2.19 RV60

Happiest were the slain with the sword that killed by hunger;

because they slowly died for want of the fruits of the earth. Lamentations 4.9 RV60

because of the terrible famine . Lamentations 5.10 RV60

Many prophecies have been fulfilled , the missing are falling . God's Word is true and abiding.