Study. Roma,"The City of the Seven Hills of Revelation" , by Fabian Massa. 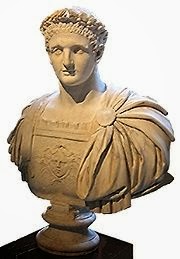 8. "The beast that you saw was and is not, and will ascend out of the abyss but walks to his destruction. The inhabitants of the earth, whose name has not been registered since the creation of the world in the book of life, will marvel to see the beast that was and is not now, but will reappear .

9. This is where intelligence is required to have wisdom . The seven heads are seven hills on which the woman sits . " They are also seven kings :


10. five have fallen, one is , the other has not yet come. And when it comes, will have to be short-lived .
11. And the beast which was and is not , makes the eighth, but is one of the seven , and walks to his destruction.
12. The ten horns you saw are ten kings who have not yet received a kingdom, but receive with the beast royal power , just for an hour . Revelation 17. 8 - Jerusalem 12Biblia [1] .
The Beast is a system of government yet is a person (Rev. 17.11 ) as we saw in the post " The woman riding the beast " is pointing prophetically to the EU as the geopolitical financial and economic power . [2] In this post I want to focus on verse 9 A:
9. This is where intelligence is required to have wisdom . The seven heads are seven hills on which the woman sits .

At the time that John (circa 95 AD) wrote the Apocalypse , was Roman Emperor Domitian , who organized some of the most cruel persecutions against Christians. Domitian was the one who led worship Caesar as a god at its best , to the point that he called himself Lord of lords and King of kings. I also wanted to return the former glory to the cults of the ancient gods , for which he raised new churches in Rome , like Jupiter on the Capitoline hill (hence the name " Capitol " )
It was a devotee of the goddess Minerva, to point that kept a shrine to her in his bedroom, also ordering his administration that the goddess appeared regularly in their currencies. Moreover, in his honor Legio I Minervia was founded. Domitian also revived the practice of the imperial cult ( Worshipping the emperors as gods ) obsolescence during the reign of Vespasian , also honors conferred on his brother and the Temple of Vespasian and Titus were completed , dedicated to his father and brother. To encourage memory of the triumphs of the Flavian , the Templum Divorum Templum Fortuna Redux and were built and the Arch of Titus [3 ] is ended .

Domitian demanded Roman citizens the cult of personality , which bowed to the statue of Caesar received a certificate , which was asked to " buy and sell " : Those who did not have the certificate should migrate to places away from the control Rome to continue to survive (see Prophecy 666 [4 ] ) .

As we saw in another post [5 ] the number 666 could be an acronym of the name of Nero or Domitian , both persecutors of Christians:
Roman numerals are expressed by letters, 666 are well written DCLXVI This acronym [1 ] would mean :

Domitius (or Domitianus ) Caesar Legatos violenter Interfecit Xti which is translated Domicio (or Domitian ) César cruelly killed the envoys of Christ. Domicio is the name of the Emperor Nero before being adopted by the Emperor Claudius as his son. The figure points to the emperor Nero or Domitian.

Thus we have the political power was exercised from the city of seven hills , this is Rome. Obviously John could not speak openly against the Empire , so key terms used to designate things, The Grand Babylon refers to Rome , Domitian The Beast , The Woman Rides the Beast to the spirit of Rome.

Although his time was allusion to Rome (the city of the seven hills ) literally too many take for End-time , leading to the interpretation that the Great Babylon of the end times will the Catholic Church. But this reading is "too easy and tempting " to be true. The prophecy for the end is: " In the same way that Rome ruled the world of his day (the same territory which today governs EU ) power will rise ( the NWO ) in the Times final rule the world in the same way , so I recognize .