News. The Dove of Peace violated, bad omen in the Vatican. By Fabian Massa. 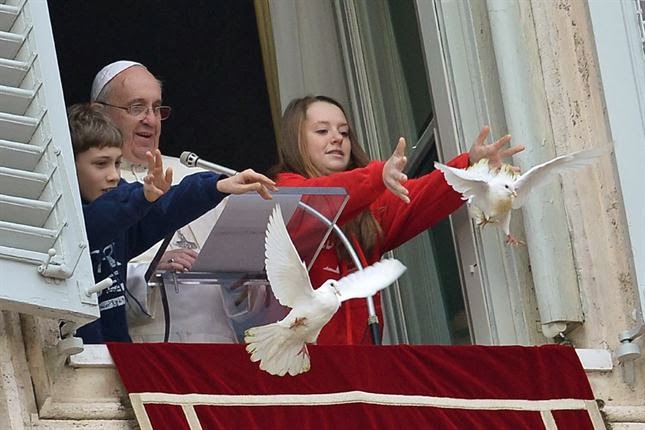 VATICAN CITY -. A symbolic gesture for peace ended in an accident today at the Vatican. Two white doves were released by children who were next papal Francisco were attacked by other birds, in an image captured by photographers and faithful present in Saint Peter's Square.
At the sight of thousands of people gathered in the Plaza de San Pedro, a seagull and a big black raven swooped just against pigeons were released from a window of the Apostolic Palace. 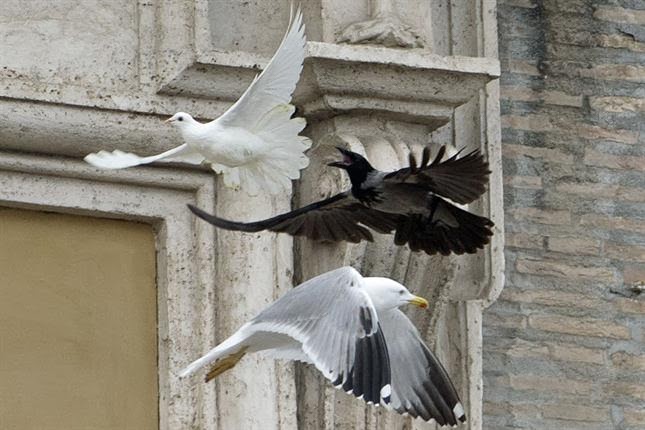 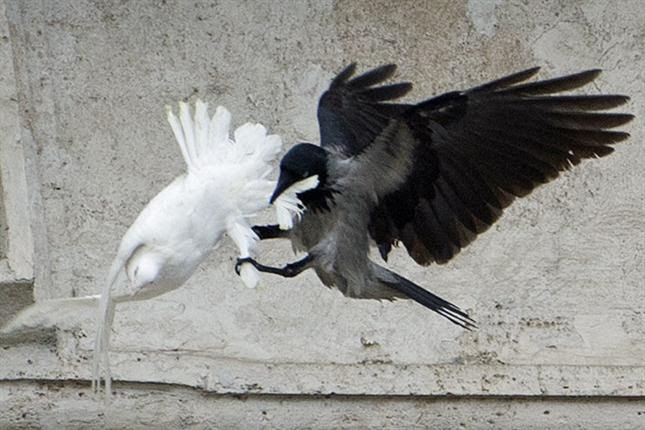 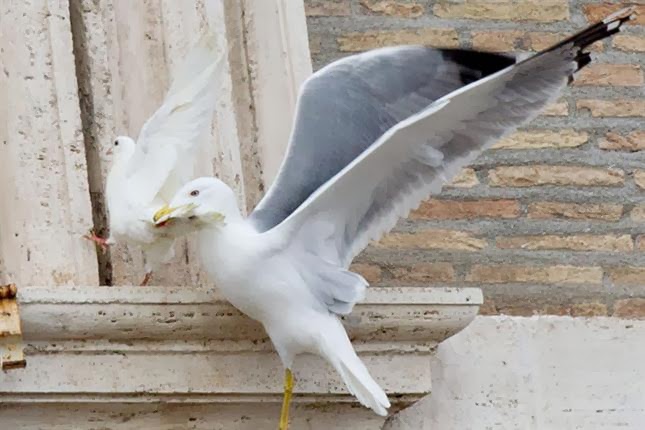