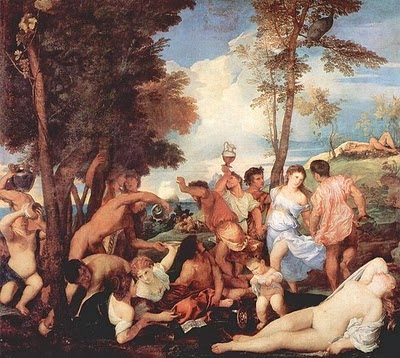 The word solstice comes from the Latin Solstitium " quiet Sun " are the times of year when the sun reaches its height more or less apparent in the sky , and the duration of that night are the maximum and the year, respectively [1 ] .

The solstices occur in inverted on terrestrial hemispheres :

In most ancient cultures the solstices commemorative festivals were held.
In temperate zones , the dates of the solstices are identical to the passage of astronomical spring to summer and autumn to winter.
The summer solstice was interpreted in ancient cultures as the victory of the Sun ( deity ) over darkness ) .

This was believed the Celts , whose feasts are called Alban Heruin . In Spain the bonfires of San Juan is still celebrated ( the origin of this name goes back to the Roman cult of Janus ) , so obviously calls have been syncretized by the Catholic Church. In the Old Roman Empire, the winter solstice sun worship Unbeaten surrendered, was syncretized by the Church of Rome and turned into Christmas , becoming Jesus the " Light overcomes Darkness " the place of the Sun
Native peoples in South America celebrate the beginning of their new year . For example , the Andean people celebrate Inti Raymi.

The feast of the Christian Christmas ( Nativitas : birth) is related as a merger of several pagan festivals :

Another pagan element in Christmas is the famous and beloved " Little tree " which is a cult reminicencia Tree Nimrod in ancient Babylon . It is also associated with the worship of the god Frey ( sol) of the peoples of northern Europe , where people celebrated the birth of Frey , decorating an evergreen tree . This tree symbolized the tree of the universe , called Yqqdrasil , whose glass Asgard ( the dwelling of the gods) and Valhalla ( Odin 's palace ) was , and in the deepest roots was Helleim (the realm of the dead). Later, with the evangelization of these peoples , the converts took the idea of the tree to celebrate the birth of Christ, but totally changing the meaning.

If to all this we add that for most people who are called "Christian" Christmas is synonymous with eating excessively and enter a consumer we have a vortex party stained paganism . [2]

There is so problematic that we celebrate Christmas on December 25th (it would be a convention) , the trouble is that you do not put the right feeling, that something totally carnal desvirtuemos and commercial and we leave Christ out of the "party" . Week 70 is about to begin , are we ready ?