Reflection. The wounded Pastor. About Mark 14.27 . By Fabian Massa. 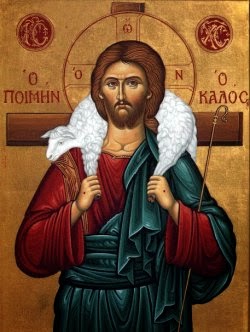 Jesus celebrated the Passover with his disciples. Easter is the celebration of the departure of Israel from Egypt . The Master would change the meaning of the holiday , from that time for Christians is the celebration of the release through the sacrifice of the Lamb of God , by whose blood we are cleansed , we pulled out of the World and brought into the Kingdom of Heaven . Mark tells it well (Mr. 14 , NIV)

17 In the evening Jesus arrived with the Twelve. * 18 While they were at table eating, Jesus said :
- I assure you that one of you who is eating with me will betray .
19 They were saddened , and one by one began to ask :
- Is it I ?
20 - Is one of the twelve - he replied , one who dips with me in the dish. 21 In truth , the Son of Man will go as it is written of him, butwoe to that man who betrays him ! Better for that man had not been born .


22 While they were eating , Jesus took bread and blessed it. Then he broke it and gave it to them , saying :
- Take , this is my body.
23 Then he took a cup, gave thanks and gave it to them , and they all drank of it.
24 This is my blood of the covenant , [b ] which is shed for many, he told them . 25 I assure you that I will not drink of the fruit of the vine until that day when I drink it new in the kingdom of God .
26 After singing a hymn , they went out to the Mount of Olives.

They were living a historic moment , a hinge of Time: Nothing would be the same as it would have a before and after this time.

28 But after I have risen, I will go before you into Galilee.

Jesus quoted the prophecy of Zechariah 13.7 , He knew what would happen and yet walked to his death , to be fulfilled all that was written in the law of Moses , the Prophets and the Psalms (Luke 24.44 B). He knew that if life was marked by God's Word and believed would happen all that was prophesied of Him

He knew pain and Victoria would have after passing through the "Valley of Death" the ridiculous and unfair trial before Caiaphas , Pilate's whipping , the loneliness of the Cross , the nails in the hands and feet, the assembly of the wicked that their clothes are diced , cheap wine mixed with myrrh rejected death.

While His Body was three days in the grave, His Spirit descended into the lower parts of the earth to preach to the spirits in prison . Finally resurrected, He visited the disciples and ascended into Heaven.

Each of these statements is their consistency, I leave to you the time to search .

The first prophecies have been fulfilled . The missing are at the door . Week 70 is about to begin , are we ready ?