Reflection. The need to raise up leaders formed . By Fabian Massa. 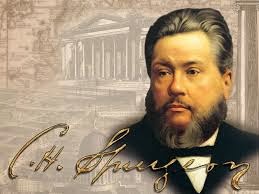 The fact is that , in the need to govern the thing , sometimes people who are not prepared [1 ] rises. Apparently this is nothing new , judging by the following statement by Pastor Charles Spurgeon [2 ] , back in 1855 :

Among the Baptists in Scotland it is customary to invite the brothers to urge Sunday morning , did not have a minister who preaches plant at the time, but every man who is inclined to do , get up and speak . That's all very well, I only fear that many siblings without the right qualifications 'd become older speakers, as it is a known fact that men have little to say , he will take more time , and if I chair , I would say, " Brother, it is written, speaks to edification. " "I'm sure you do not edificarías or yourself or your wife, I try to do that first and if you can not achieve , do not waste our precious time . "

It 's what happens today, brothers who are not prepared are designated to give a word of edification. It is necessary to return to the Gospel of Jesus : This is dedicated to making disciples and then sent them to do the work . Jesus did not think of the " Mega" but in a church where people were in charge of a pastor who could minister to them , teach them, guide them.