Treasures of Wisdom shares with us: Mexico, heal your life, your family, your city and your country. 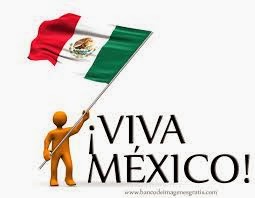 1. Lord spoke to Moses , saying : 2. Speak to the Israelites and say to them : I am Yahweh your God.
Yahweh is the conjugation of the verb " be " in the first person singular , as it is translated in the passage where God disclosed to Moses

The initials are YHVH ( the Tetragrammaton in Hebrew יהוה ) which likely pronunciation is Yahweh [2 ] . God speaks to his prophet and gives a message to the Israelites. God's commands are on their own and for those who want to know and walk in His will.

Three . Do not do as they do in the land of Egypt , wherein ye dwelt , nor do as they do in the land of Canaan where I am bringing you , you must not follow their customs .
The people of Israel were in the desert , traveling from Egypt ( Figure worldly living ) to the Promised Land . God warns that they are introduced by him in Canaan, should not live according to the customs of Egypt, nor the inhabitants of the new target , as both countries were devastated by their wickedness and their lifestyle away from all that God commands .

4 . Fulfill my rules and keep my judgments , as they walk . I am the Lord your God.
May . Keep my statutes and my ordinances . The man do, he shall live by them . I am the Lord .

b . Adultery and impurity

18 . Thou shalt not take a wife to her sister, her opponent and making you uncover her nakedness while alive first .
19 . Neither approach a woman during her menstrual impurity , to uncover her nakedness.
20 . Do not juntes carnally with thy neighbor's wife and defile yourself with her.

22 . Thou shalt not lie with mankind as with womankind: it is abomination.

23 . Do not join with making you unclean beast for it. The woman will face a beast to join with her, which is outrageous .

f . Pollution of the Earth

24 . Do not become unclean with any of these actions, because with them you have done impure nations that I am going to throw at you.
25 . It has become unclean home , so I punished its iniquity , and the land vomited out its inhabitants.
26 . Ye shall therefore keep my statutes and my rules , and we cometáis any of these abominations , nor your people or any alien living among you .
27 . For all these abominations have committed men who inhabited the country before you, which is why the country is filled with impurities.
28 . And do not the land spew your impurities , just as it vomited out the nations before you ;
29 . but all who commit these abominations , those will be exterminated from among his people.
30 . Therefore keep my observances , not will practice any of these abominable customs that were practiced before you, and give you unclean with them. I am the Lord your God.

To save your home and your family , you need to keep the Word of God and so everything will be fine. This message can also be applied to a city or nation : If the authorities intend to teach the people the Word of God and lead by example by putting work, God will begin to heal the Earth , as it is written:

13 . If I close the sky and no rain , if I command the locust to devour the land , or send pestilence among my people ; 14. and my people, which are called by my name , will humble themselves and pray and seek my face and turn from their wicked ways, then will I hear from heaven and will forgive their sin and will heal their land. 2nd Chronicles 7.13 - 14

Regarding studies on the infestation of demons in Mexico [5 ] news, the only way out of this beautiful country is turning to God . If a small group begins to seek the Truth , the Truth will set you free [6 ] . The whole nation can be restored.