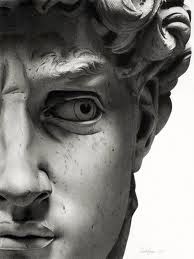 Psalm 51
This penitential psalm is a prayer of deep repentance . The story ( 2 Samuel 11 ) account of David's adultery with Bathsheba , wife of Uriah ( Israel Army officer ) during the war waged by Israel against the Ammonites (now Jordan) .

King David seduces women who become pregnant (vs. 11.5) was necessary to hide the sin , so David sends for Uriah to sleep with his wife and son seem to be marriage.

But it turned out that Uriah refuses to sleep at home while the military campaign . David saw this ruse failed, sent Uriah back to the battle front with a letter to Joab ( army commander ) ordered note that Uriah leave it alone in the fight to kill the enemies (verse 15 ) . Joab led out the king's command , and thereof plus soldiers killed Uriah (verses 18 to 23 ) . Once Bathsheba had finished mourning the death of her husband , David brought to the palace and married her ( v. 26 ) . In 2 S 12:1-15 the prophet Nathan , God's command , rebuke David for his wrong doing . The prayer of repentance for forgiveness included arranging Uriah's death , in order to hide his betrayal of his faithful subject ( v. 14a ) .

David makes a difference between wickedness , rebellion and sin :
Iniquity (# 5771 Avon strong = Iniquity
It's twisted, twisting path indicated by God 's Word to accommodate that matches what I want to do . It is also the consequence of sin is left for future generations (inheritance of iniquity ) and which in turn marks a tendency to sin.

Rebellions (# 6588 pesha = strong rebellion. Rebels The person who knows what he does and deliberately choose what you know is wrong . ) . In 2 Sam 11.2 Before submitting women, David finds out who he was and what his situation. We report that is married to an officer of the King. However, also sent to fetch ( V3 )

Bará # strong 1254. Word create from nothing , only God can do this. David is asking a total regeneration , recognizing that only God can operate well in the heart of man.

11 Do not cast me away from you ,
And take not thy holy spirit from me .
12 Restore to me the joy of your salvation ,
And spirit uphold me .

Lewis Sperry Chafer says [1 ] : The Israeli born into a covenant relationship with Yahweh ( Jehovah ) , and thereafter could continue right relationship with Him through the sacrifices that were to pay for their sins , and receive the forgiveness and restoration by God .

However, David has a deeper awareness of sin and heart of God , and knows that animal sacrifice is useless if there is no true repentance :

16 You do not delight in sacrifice, or I would bring it ;
Not in burnt offering .
17 The sacrifices of God are a broken spirit ;
Contrite heart you will not despise , O God .
18 Do good in thy good pleasure unto Zion ;
Build the walls of Jerusalem .
19 Then you will delight in right sacrifices ,
The holocaust or whole burnt offering ;
Then shall they offer bullocks upon thine altar.

In the New Covenant , Christ made ​​the sacrifice for our sins. Everyone who repent from their evil way , their mistakes, their wickedness, (ie his sins ) receives the Lord Jesus a restoration of the soul , a regeneration of the spirit and a release of Iniquity ( generational evil inheritance ) . Christ has a new life for anyone who seeks to heart. In His mercy, God forgives all evil , however great it may be.

Week 70 is about to begin , this is the time of your release : Accept the sacrifice of Jesus on the cross and be saved .