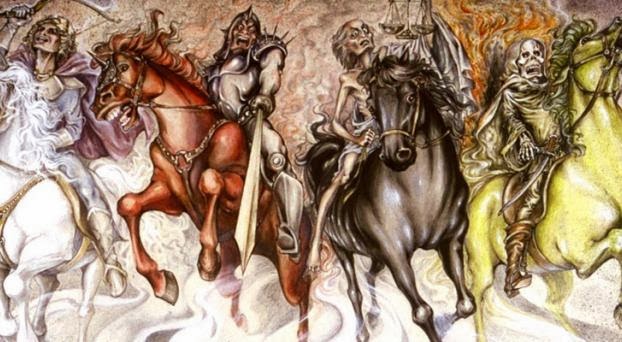 The prophecies of the End Times , according to Islam , found in Suras ( chapters of the Quran ) Al Raman and Al Takweer . In the Islamic sacred text to that time is called "La Hora " which arise , in the words of Muhammad " when chaos is reigning in the world . Different countries will be engaged in night attacks against each other . Neither have mercy older with younger or show the strong kind to the weak. "
Then , amid the chaos (which today is identified with a war with nuclear weapons ) appear the Great Mahdi ( The Guided ) The Grand Imam ( preacher ) No 12 .

Main features of the Mahdi and the Antichrist .

[1 ] After Mohammed there have been 11 Imams. The last Hassan ibn Ali ibn Abi -Talib lived between 625 and 670 AD The twelfth and last is the Great Mahdi .