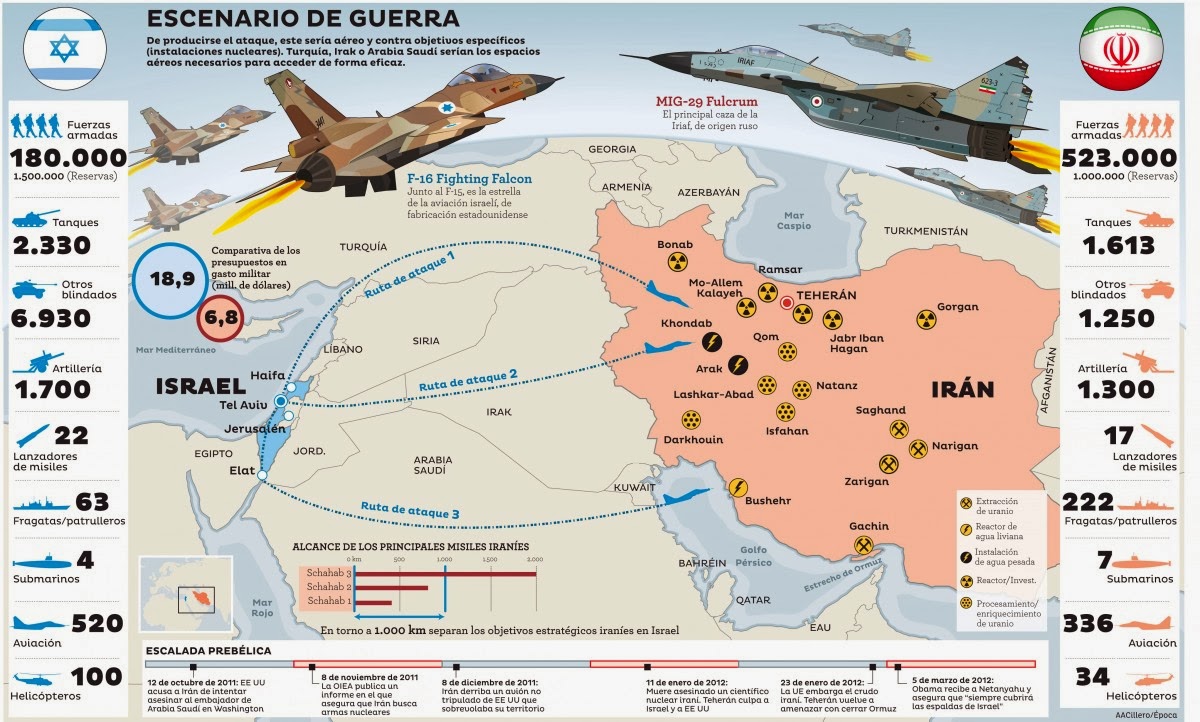 Western powers have finally reached an agreement with Iran regarding its nuclear program : Iran must destroy its nuclear plants and will continue to enrich uranium to 5% .

Israel maintains its strategic calculus : with the facilities we have now , Tehran could achieve a nuclear bomb within months . "Israel does not feel bound by this agreement ," added Prime Minister Benjamin Netanyahu , remembering his statement last days that is ready to defend his country with the means it considers appropriate .

In 2012 Israel and the U.S.. UU . They had considered a " preventive " attack against Iran [1 ] . Today, according to statements by the Israeli Prime Minister , this is again the option :
" " Today the world is a much more dangerous place because the most dangerous regime in the world has taken a major step towards achieving the most dangerous weapon in the world step, " Netanyahu at the start of his cabinet ," he said.

There is almost seamless in the Israeli political spectrum. The leaders in government and the opposition believe that an Iran that will not destroy their reactors and will continue to enrich uranium even at low levels poses an existential threat to their country. " This leaves us in a new reality, to us and the Saudis ," he said on public radio Foreign Minister Avigdor Lieberman. "The State of Israel will have to make a reassessment of the situation. We need a revaluation. Apparently , we're going to have to make our own decisions , when all options are on the table , "he added .

Several senior Israeli officials have said in recent weeks that have held indirect contacts with their counterparts in Saudi Arabia, which also oppose , more discreetly , the agreement signed in the early hours of Sunday , even though both countries have diplomatic [2 ] relations.

Western intelligence estimates that Israel has nuclear weapons since the late 60s. According to its leaders, Iran should be allowed to dispose of them for reasons of ideology. " Iranian leaders have repeatedly called for the destruction of Israel. It's in their ideology. Do not want to see a new holocaust "recently told this newspaper a senior Israeli official on condition of anonymity . [3]