STUDY . The Bible and the Hydrological Cycle . By Fabian Massa. 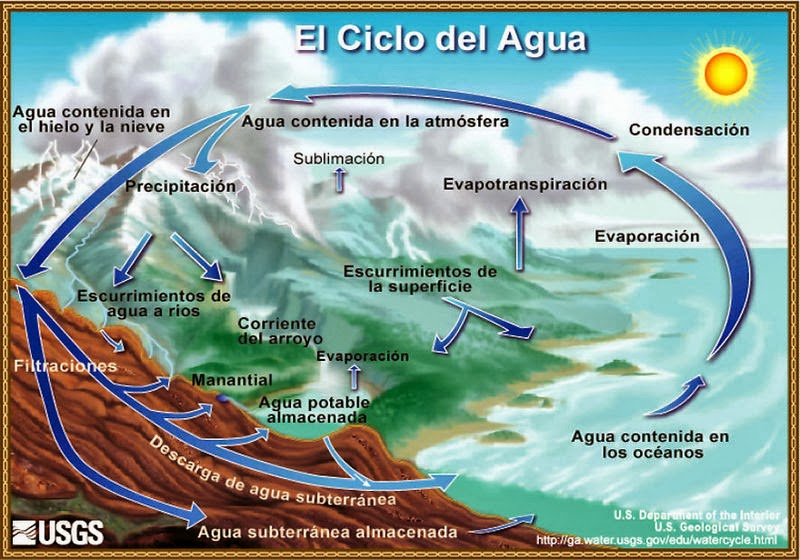 There are two passages in the Bible that speak specifically of the hydrological cycle . The hydrologic cycle or water cycle is the process of movement of water between the different compartments of the hydrosphere [1 ] .

27 " He draws up the drops of water
flowing as rain to the streams ;
28 the clouds pour down rain ,
falling in torrents upon mankind .
29 Who understands the extent of the clouds
and the sound coming out of his pavilion? NIV .


The water cycle is a constant interaction with any ecosystem , as all living things depend on this to survive. The main processes involved in the water cycle , which is describing Job (1440 - 1400 BC ) are:

1. Condensation : The water evaporated from the surface of rivers , lakes and seas rises and condenses into clouds , formed by water droplets.

7 All the rivers run into the sea ,
but the sea is never full .
At the point of origin become rivers ,
and from there back to fluir.NVI .

This text completes the water cycle :

The Hydrologic Cycle was discovered by Pierre Perrault [2 ] in 1674 , but God had anticipated in His Word. For what purpose ? That we understand that He is God and we believe in what he says.

Week 70 is about to begin . Salvation is by believing in God and His Word .
Are we ready ?

[1 ] The hydrosphere or hydrosphere (from Greek hydros υδρός : 'water' and σφαιρα sphaira : ' sphere ' ) described in Earth Sciences material system consisting of water that is under and on the surface of the Earth .
[2]