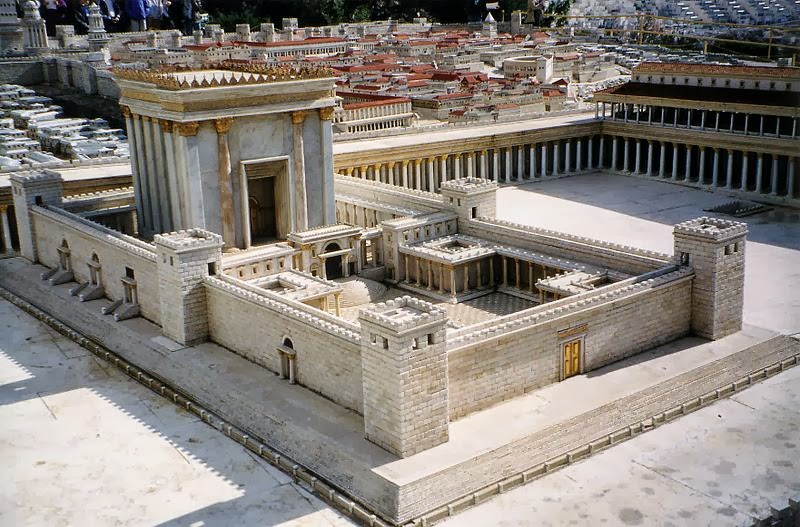 The first Temple of Jerusalem lifted King Solomon in the tenth century. C. Its destruction occurred in 586. C. by Nebuchadnezzar II. After the deportation to Babylon, the city walls were rebuilt by Zerubbabel, Nehemiah in 536 a. C and the Temple by Ezra to 516 B.C.

Ezra 's Temple was demolished and rebuilt in luxury by Herod the Great .
According to Daniel's prediction [1 ] ( Daniel 9.26) which is confirmed by a prophecy of Jesus ( Matthew 24.2 [2 ] ), the Temple of Jerusalem was destroyed in AD 70 . Because of the "Great Jewish Revolt " the Roman Empire sent a powerful army under General Titus , the city and the Temple were completely destroyed and killed about 1,000,000 Jews. The only thing standing is the Wailing Wall , which is the Western Wall of the Temple Mount .


From then until now the Jewish people could not carry out the rituals of worship mentioned in the book of Leviticus . Orthodox Jews , like the devotees of Islam , pray three times a day. In all your prayers ask for the Great Day arrives construction of the Third Temple [3 ] .

That is,the Jewish people 1943 years ago praying to God for the Temple !

According to the prophecy , the Third Temple will be built . At the time, The Lord answers all prayers for the Temple.

Do not cease to pray , that he gets the time of fulfillment of our requests.

Week 70 is about to begin. The Lord is coming soon. What we find in faith.